This weekend, the Monkeys went to Monkey Father-in-Law's restaurant to celebrate the first birthday of the son of Mr. Monkey's cousin Li'l Buddy (which I believe is his first cousin once removed, if my memory of the table of consanguinity serves me right).

Two of Mr. Monkey's cousins have three children each, and the mother of Li'l Buddy is pregnant again already. Add to that Li'l Monkey Niece, and you have a veritable zoo. And now you know why we didn't invite children to our wedding. There would've been at least 20 noisy rugrats running around just from family. No wonder China once had an overpopulation problem. 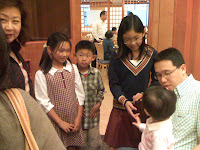 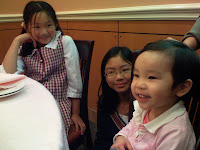 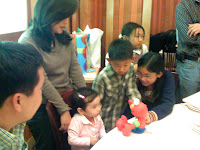 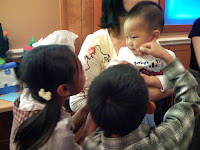 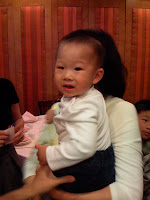 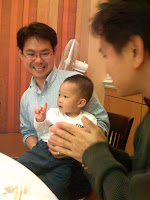 The Monkeys were repeatedly asked when we will have children. One understanding relative responded on our behalf and said, "They're waiting awhile." Someone probed further and asked, "How long are you waiting?" I responded, "Forever." Everyone laughed, and luckily there was no further interrogation.

As usual, the food was middling at best, but we have to go to this restaurant time after time because Monkey Father-in-Law is part owner. Ho hum. 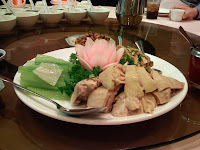 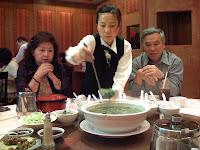 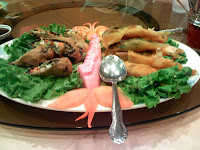 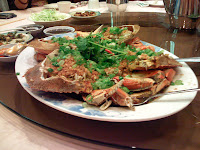 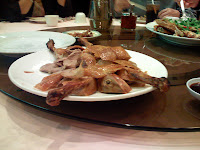 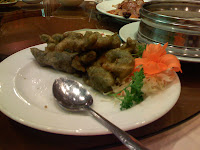 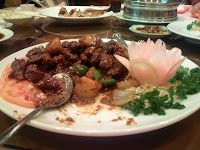 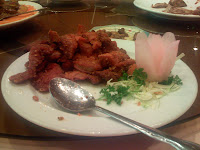 Of course, there was a birthday cake. I liked the little wax Scooby Doo (although it seemed totally dated for the year 2007), but the cake itself was the typical spongy light tasteless airy cake from an Asian bakery with horrid flavorless whipped cream frosting. Blech. I just ate some strawberries. 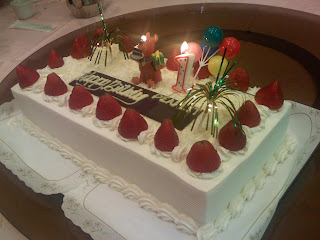 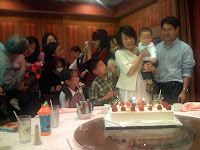 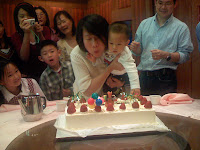 Children, children, mediocre food, bad cake, and children. There's not much more to report. I would've preferred eating a sandwich and watching TV at home.
Bananas Unpeeled by weezermonkey at 11:32 PM