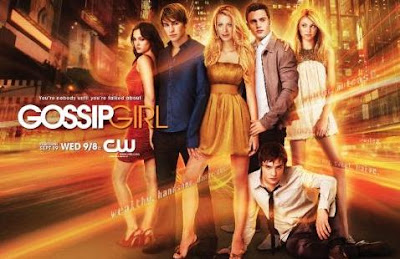 Now how predictable was that not-so-twisty twist with Mrs. Waldorf's fashion show? We all knew, the second Serena started giving Blair tips during the photo shoot, that Serena would become the It Girl once again.

Why do I keep watching?

The same reason I kept watching Murder, She Wrote as a child. There's something to be said about predictability. I liked guessing the murderer before the end of the show every week. I kinda like knowing what's going to happen on Gossip Girl. Predictability sometimes brings a viewer comfort.

The dialogue is actually pretty clever most of the time, especially Dan's lines. Blair reminds me of a snobbier, colder Summer Roberts from The O.C. I guess Dan is as close as you can get to Seth Cohen, too, but not nearly as geeky. Thank you, Josh Schwartz.

The card game -- didn't like that story line at all. Chuck as a hero? Come on! Boo!

Not sure how I feel about Blair sort of warming up to Dan. I might prefer the bitchiness all around. The amateur Blair and Serena point-and-shoot session was laaaaaame, especially when set to that wretched "Beautiful Girls" song by Sean Kingston. Ugh.

P.S. Being at the office is not my favorite, but the view outside my window earlier was pretty awesome. Check out the sunset and the traffic. These are days I enjoy being a pedestrian. 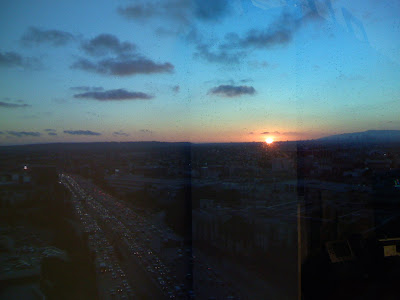