We threw a baby shower for Curly Fries today. Curly Fries is my oldest dearest female friend at my current firm ("oldest" as in "known me the longest," as opposed to "oldest" as in "rode dinosaurs"). She was one of my bridesmaids, and I love her to pieces. She is having a baby boy in October! Whee!

I had gone to another shower for Curly Fries earlier this month, but we needed some work love, too! Perfecta and I went to the Ralphs Fresh Fare at lunch to get some last-minute morsels and mylar. 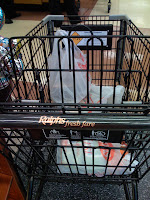 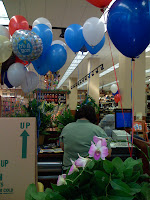 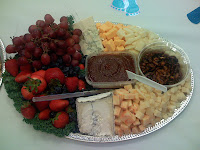 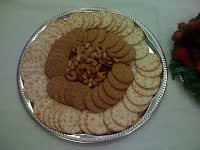 Here are the cookies, brownie bites, and veggies we got from Ralphs. 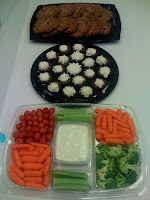 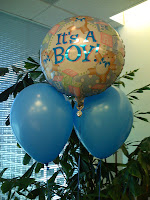 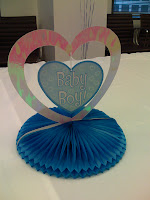 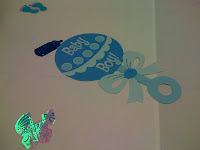 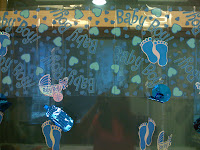 But the true pièce de résistance of the shower (aside from Curly Fries, of course) was the Sprinkles cupcakes (chocolate almond, dark chocolate, and red velvet), which Talksa picked up for us. Here they are before... 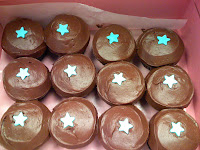 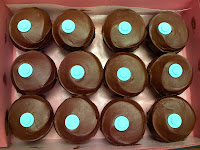 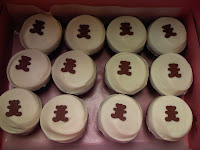 ...and after we arranged them on Perfecta's tiered plates. 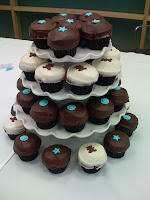 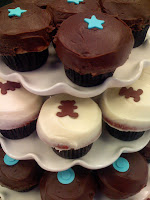 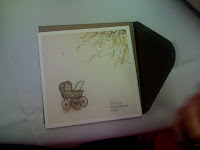 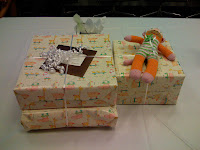 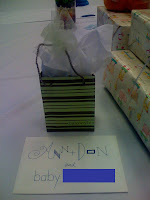 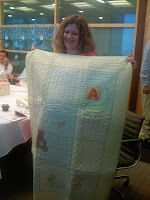 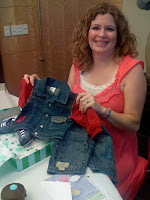 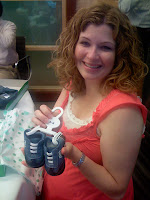 Aside from these individual gifts, we presented Curly Fries with a group gift of a $450 babystyle gift card. Pretty sweet. My fave, though, was this li'l guy! 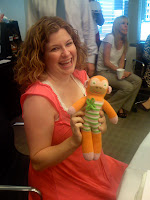 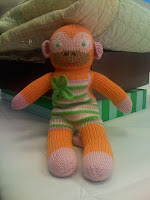 After the shower, we had some fun while cleaning up. 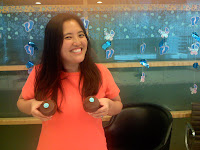 Later that day (unrelated to the shower, obviously), I heard a loud explosion. I looked outside my window and saw a car that exploded on the freeway! Flames raged, and black smoke swirled all around. 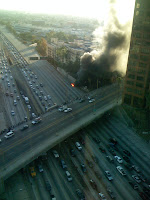 Definitely an interesting twist to the day. I hope the people in that car got out before it exploded.
Bananas Unpeeled by weezermonkey at 11:55 PM