The Monkeys attended Lilcee's Super Sweet 30th Birthday Party at Zip Fusion Sushi downtown on Saturday. Sometimes I forget why I often leave Mr. Monkey at home for such events. This was one of those times. Occasionally, Mr. Monkey can be...um...not very talkative, especially with people he doesn't know very well. Let's just say that I won't be bringing Mr. Monkey to my next social event. Mr. Monkey's lack of group interaction aside, I had a nice time.

Here's the photo set-up where a photographer took pictures of guests to be put in an album for Lilcee later. 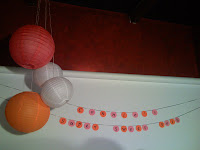 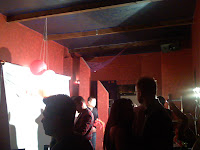 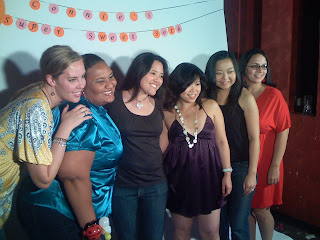 Goofy group shot. Hip hip hooray for full balloon-hat coverage of my stomach. Yes, that is a monkey clutching me. 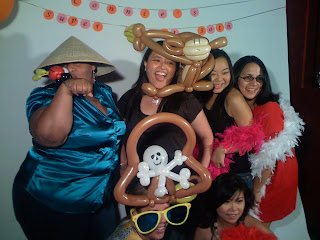 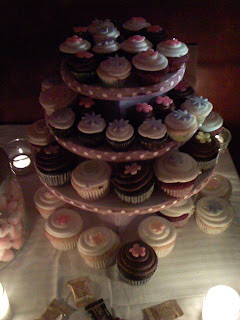 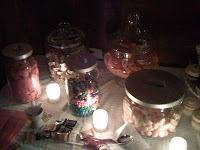 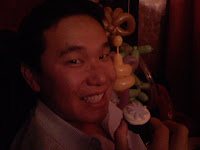 Lilcee also had a balloon dude who made everything from simple flower wristlets to elaborate pandas. Blurry "Homer Simpson" moved too fast for my iPhone. Mr. Hermit Monkey is holding an alien with a ray gun. And, apparently, one of Lilcee's friends is a Longhorns fan. Or a crazy viking. I'm not really sure. 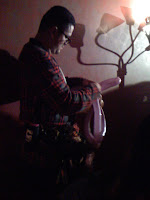 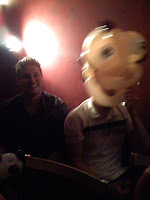 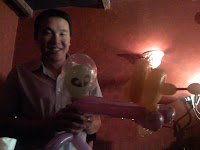 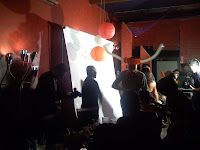 I got a bumblebee wristlet! That made my evening complete. 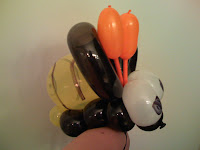 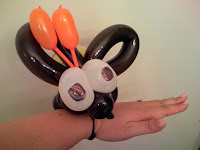 Happy 30th, Lilcee! Thanks for inviting us!
Bananas Unpeeled by weezermonkey at 1:00 AM