Beats and Fire at the Bowl

And now we resume our normal programming.

Two concerts down this week, one to go! Tonight we saw Arcade Fire with LCD Soundsystem at the Hollywood Bowl with our friends, Mr. and Mrs. Matchmaker. 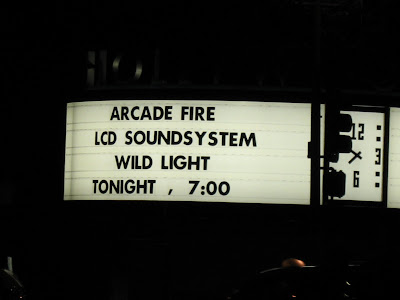 Mr. Matchmaker is my former co-worker from my first firm and close friend of Mr. Monkey since high school. He set us up on a blind date over seven years ago. Last year, Mr. Matchmaker got ordained on the Internet and married us! The Matchmakers brought us sandwiches from Bay Cities. Few things are better than munching on a Godmother while listening to music at the Bowl. 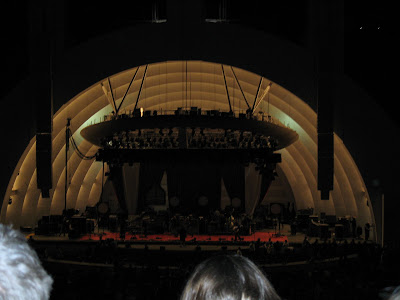 LCD Soundsystem was totally rad. I knew James Murphy (the guy behind LCD -- he's like Trent Reznor to Nine Inch Nails) was an ordinary guy, but it still surprised me to see this nondescript dude onstage with a bad haircut and cowlicks producing some damn good dance music. Sound of Silver is fantastic -- even better than LCD's impressive eponymous album. It'll definitely get your toes tapping, if not your whole body shaking. If you want some different workout music, check out both albums.

My faves of the night included the singles "Daft Punk Is Playing at My House," "North American Scum," and "All My Friends." I thought it was interesting that LCD closed with the slow "New York, I Love You, But You're Bringing Me Down." Regardless, LCD rocked the house. Hard. And the biggest disco ball I've ever seen hung from the Bowl ceiling the whole time. Sweet. I would love to see LCD headline at a small club. I bet that would be incredible. 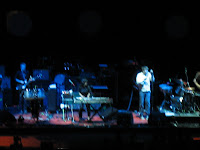 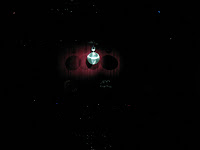 Arcade Fire was strong, as usual, although I thought the shows we saw at the Greek Theatre earlier this year were truly outstanding. A few things marred tonight, including extremely noisy people, smokers who blatantly defied the "no smoking" signs, and a few sound difficulties. Nevertheless, Arcade Fire is Arcade Fire. There's just no such thing as a bad Arcade Fire show. From the opening "Black Mirror" to the finale "Wake Up," the band was consistent throughout. During "Wake Up," 13,574 people sang in unison at the top of their lungs. I hope Arcade Fire enjoyed that! 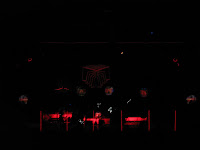 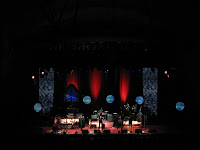 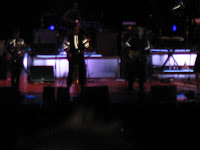 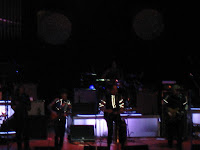 After the show, we ran to our car like courteous people should. Why is that courteous? Stacked parking, my friends. Just one asshole can screw everything up for hundreds of people. Don't be that asshole. 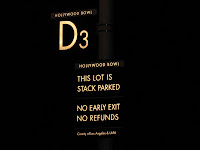 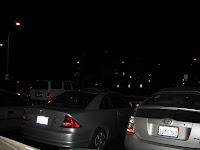 Thankfully, we waited only 15 minutes before we zoomed out of the lot. And now it's 1 a.m., and I'm watching recorded Survivor. Yeah, I'm nuts, but...a gravedigger? A chicken farmer? A female wrestler? A gay male flight attendant? A Christian radio show host? All in China together with no modern amenities? I just can't resist, and, inevitably, some bonehead at work will slip tomorrow about which castaway got the boot, so I just have to watch.

I would also like to report that I watched recorded ANTM, Gossip Girl, and Kid Nation in the wee hours last night, too. I'm sick, I tell you, sick. And there's even more TV for me to catch up on this weekend (The Hills, Top Chef, etc.) because of all of these concerts this week!
Bananas Unpeeled by weezermonkey at 1:20 AM