Oh so pretty! I feel pretty and witty and bright! Why? I got a much needed haircut today, and I got a few new beauty products, and I can now fit in a t-shirt I got for my birthday back in April.

Where do I start? Let's start from the very beginning, a very good place to start.... (Apparently, I'm in a musical mood today.)

I am not a girlie girl. That's sort of an understatement. I did, however, learn to take better care of my appearance during the months preceding our wedding. I got regular manicures, pedicures, and facials, and I even treated my eyebrows to several appointments at Damone Roberts.

A year later, only the manis and pedis continue, albeit not nearly as often as before. I do still get the occasional facial, but not on last year's once-a-month schedule. My eyebrows now rival Peter Gallagher's.

My hair has never been very important to me. I get it cut whenever it's long enough to cover the little guy on the horse on my Ralph Lauren Polo shirts. Yes, that's how I determine when to cut my hair. (This is probably not that surprising to some of you who are aware of just how many Polo shirts I own.) I don't even have a regular stylist.

Armed with several SpaFinder gift certificates, I searched the web this morning for a nearby SpaFinder participant that does hair, and I came up with Amadeus Salon & Spa. I'd gotten my hair cut at the Pasadena Paseo location in the past and was satisfied, so I decided to try Amadeus again, except this time I opted for The Grove location, as I planned to check out Banana Republic afterward, since I had a couple of $10 BR reward cards.

My stylist Ruby did such a great job on me that another client there, who originally intended only to get her hair highlighted, was so impressed by my transformation that she asked Ruby if she had time to cut and style her hair, too! Ruby was booked solid for a few hours, but Highlight Woman decided to go shoe shopping and to return later to experience the magic of Ruby's shears. Here are the before and after shots. What a scary before! 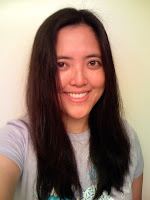 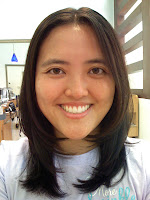 Needless to say, I'll be going back to Ruby the next time my locks obscure my little Polo jockeys again. If you're looking for a new stylist, I highly recommend Ruby. My cut and style cost $75.

After my haircut, I went to Banana Republic, but I didn't find anything worth buying. My tummy started grumbling, so I grabbed some pinkberry at the Farmers Market for a light portable lunch (medium original with strawberries, pineapple, and mochi). I actually walked to Anthropologie and sat in a comfy chair there to enjoy my frozen treat in a nice air-conditioned setting. Mmm. 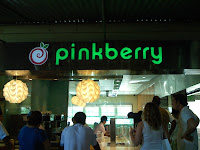 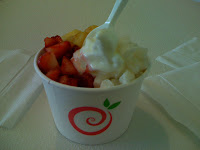 I browsed the Anthropologie sale section, but I didn't find anything. Much to my delight, the reason for my failure to find something suitable was that the skirt I liked was too big for me! It's been awhile since that has happened.

My next stop was Nordstrom, where I headed straight to the Laura Mercier counter to get some nude oil-free tinted moisturizer (which I think is what Amber and maybe Wan use, and their faces always look great -- I'm a copycat!). Since I sweat so much, I also invested in some translucent loose setting powder, as well as a handy-dandy velour puff. After demonstrating the moisturizer and powder, my makeup artist Tania asked if she could play with my face a little more, since nobody else was around. I said sure, but I told her that I don't really wear makeup, so she didn't do my eyes or lips and just added a little bronzer and blush. Makeup is amazing! Now I kind of wish that I'd let her do my eyes and lips! 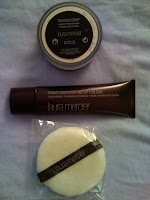 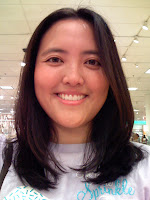 When I got home, I took a picture of the shirt I'd been sporting all day. 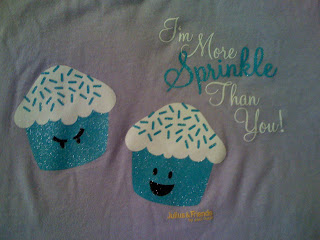 And here's a pic of the Monkeys at dinner later tonight. I added this so you can see the shirt on me. (Yeah, my hair got way flatter hours later, but what can you do in this heat and humidity? I'm still very happy regardless!) 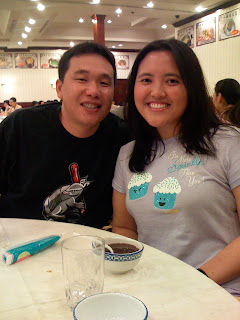 tater and Lilcee gave me this Paul Frank shirt for my birthday in April. I was so excited when I got it! But then I was dejected to see that it was size L. Since November-ish, I'd grown out of L and had been buying XL. However, I kept this shirt with the hope that I'd be able to wear it once I lost some weight. And...it fits now! I wore it in all the pictures above and am still wearing it as I type. Now all of my XL Paul Frank shirts are a little too big. Yay!

You can actually see the difference in my face and body in these two group photos below. The first was taken in December 2006, and I happen to be wearing an XL Paul Frank shirt. The second was taken in August 2007. Go, me! 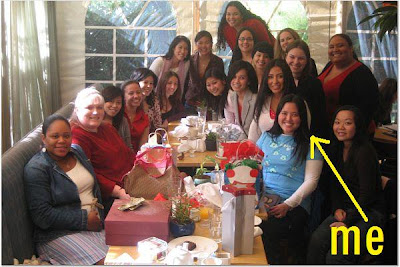 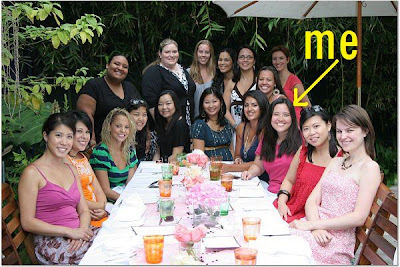 Bananas Unpeeled by weezermonkey at 4:41 PM