**If you haven't already, check out the Blog Party post! Update coming soon!** 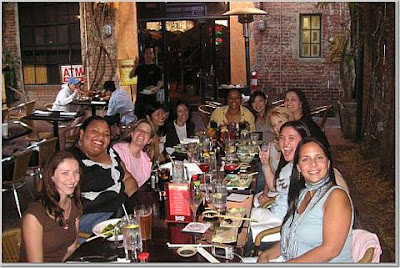 Tonight, most of us and a few other super cool girls reunited at Wokcano to bid farewell to our dear Madisen, who is moving all the way across the country. 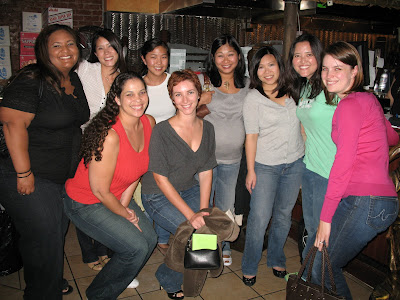 A few of us started with some fun drinks. I had a Washington Apple (which I also had way back when), and Madisen had a Forbidden City. Drinking the Washington Apple was like having a liquid candy apple. Mmm. We were confused as to why the Forbidden City was brown, in light of the fact it had Hypnotiq, coconut rum, and tropical juices. Nevertheless, Madisen said it was yummy. 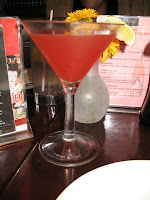 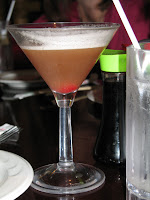 As for food...decisions, decisions. Fake Chinese or fake Japanese? I opted for fake Japanese. I had the chicken teriyaki and assorted sashimi dinner combination with brown rice. The sashimi was decent -- not great -- but better than expected. At least the texture was passable. The chicken was simply a breast doused in teriyaki sauce. Meh. The edamame was bland and needed a few sprinkles of sea salt. The brown rice made me yearn for white rice. No surprise here. Wokcano's food is always middling at best, but we didn't go there for the food anyway. Ah, memories and sentimentality! 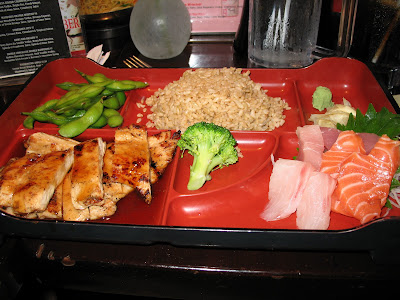 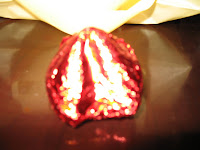 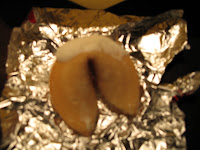 As always, it was fun to hang with the crew and wonderful to spend some time with Madisen before her cross-country departure. We love you, Madisen! Safe travels, and best wishes for great success at your new job and with your new home! You will definitely be missed, but e-mail will keep us connected!
Bananas Unpeeled by weezermonkey at 9:17 PM