In true Mr. Monkey form, Mr. Monkey has been incredibly patient about his late birthday gift. Today the waiting finally came to an end! 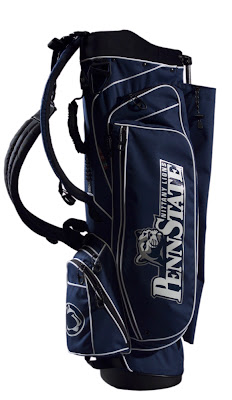 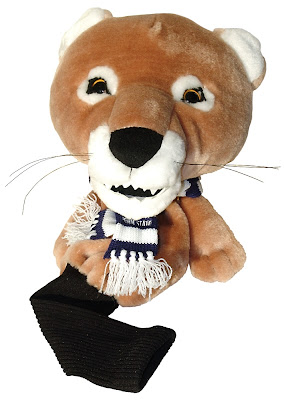 Mr. Monkey was very pleased. After all, his old Penn State bag was destroyed not long ago when a scary freakish aggressive super squirrel gnawed through it to get to Mr. Monkey's bag of Nutter Butters, so he definitely needed a new bag. Beyond having no squirrel chew marks, this new bag is also generally better than Mr. Monkey's last one. He was really happy with it.

Funny enough, though, it was the Nittany Lion head cover that really made him smile. Well, laugh, really. I got lots of hugs tonight!
Bananas Unpeeled by weezermonkey at 10:18 PM