Weekend With Family and Friends

The Monkeys and Brother Monkey headed to Rowland Heights to meet Mama Monkey for lunch and food shopping on Saturday. As we often do, we met at the 99 Ranch plaza.

We decided to try a restaurant in the mall called New Golden City Dumpling House, which we hadn't sampled before. Not bad. It had an "A" health rating, too (something [sadly] you don't see that often at authentic Chinese restaurants). We shared a green onion pancake, potstickers, steamed dumplings, zhajiang mian (wheat noodles stir-fried with ground pork and soy bean paste), and spicy beef noodle soup. I would probably go there again for the sake of convenience. 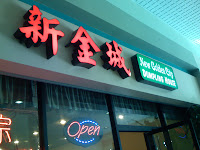 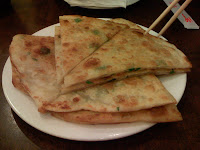 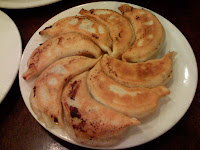 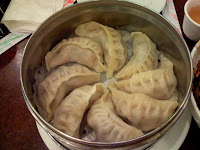 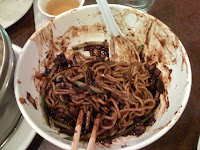 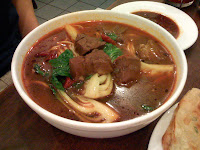 Then began the trek through 99 Ranch. Here are some things we bought: pomelos, mini yogurt drinks, boil-in-the-bag glutinous rice, various hot sauces, mung bean soup in a can, and Hello Boss coffee in a can. (Apparently, I really like things in cans.) 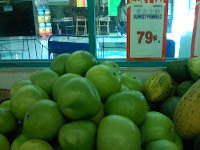 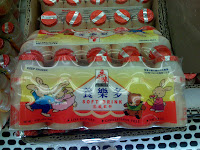 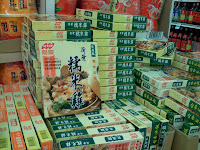 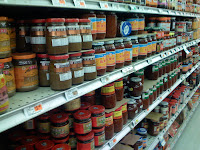 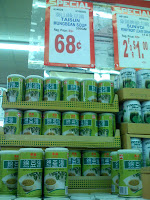 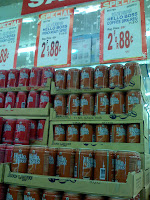 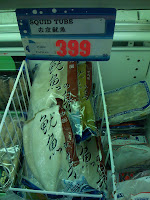 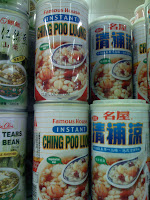 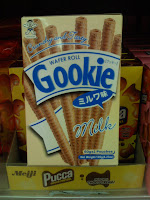 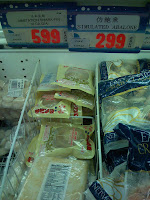 Here is some delightful trademark infringement. 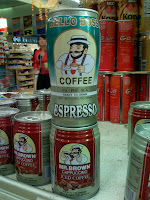 Here is a Brother Monkey who still won't smile in photos. 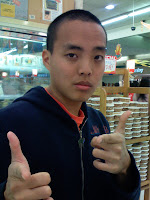 Here is a Mama Monkey laughing with me about the gigantic Thanksgiving turkey decoration next to "marinated pork feet." 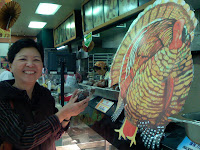 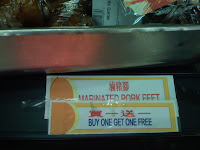 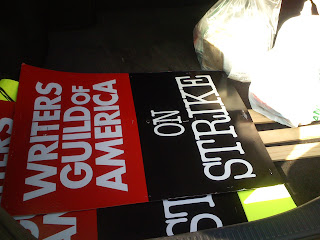 Later, we drove to Encino for dinner with Mr. Monkey's groomsman, his wife, and their parents. Our friends' parents had just returned from a 21-day trip to China and shared great stories with us, as we noshed on Caesar salad, grilled mustard-crusted veal chops, small red potatoes, and asparagus. It was hard to whip out the iPhone nonchalantly, so I waited until there was a good moment. And there was!

Our hosts stuck a big candle (that played "Happy Birthday") into one of the six Crumbs cupcakes we brought and placed it once in front of Mr. Monkey (whose birthday is tomorrow) and again in front of their son (whose birthday was a few weeks ago -- he lives in Denver, though, so his parents hadn't seen him recently). 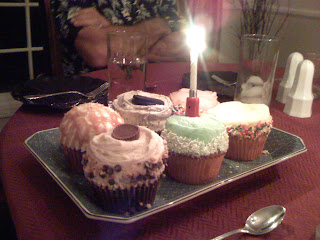 After dessert, I had fun photographing Lucy the Wheaten Without a Wheaten Cut. She was so friendly and adorable, especially with her festive little orange ribbon. 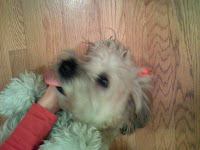 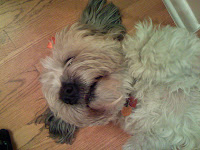 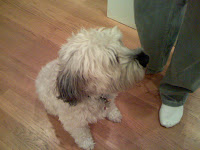 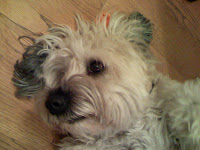 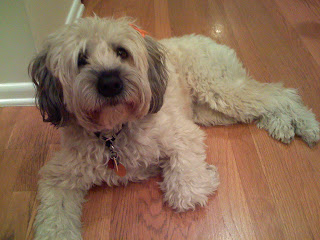 Today, I've done little more than watch TV, play on the Internet, and wash my sheets. And that was my weekend. Whee.
Bananas Unpeeled by weezermonkey at 6:45 PM