Thanksgiving hasn't always been the most fun in the past. My parents divorced when I was 19, and it's been a juggling act during the holidays since then. (For the record, I'm not 19 in this picture. More like 12. The puffy sleeves were a big hit at the Southern California Junior Bach Festival.) 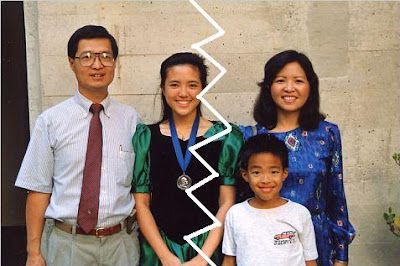 One benefit of being married to Mr. Monkey is that his father always goes to Las Vegas for every major holiday, so at least there's no drama about whether we spend the holidays with his family or with mine. Thus, the only issue is dividing our time between Papa Monkey and Mama Monkey.

Papa Monkey induced and delivered three babies on Tuesday and another four on Wednesday. On Thursday morning, he sent all of his patients home in anticipation of our arrival at this house for Thanksgiving lunch. His colleague, however, was not as efficient and forward-thinking and had one last patient left who went into labor as Papa Monkey was leaving the hospital.

Brother Monkey, Mr. Monkey, and I watched some early football at Papa Monkey's house while we waited for Papa Monkey to deliver that baby. When Papa Monkey came home, we headed to the nearest open chain restaurant to have our usual non-Thanksgiving lunch. This year, we went to Black Angus.

There's not much to say about Black Angus. You know how it is. It's a typical chain with predictable mediocre food, so I didn't bother taking my own photos.

We started with a Grilled Filet Mignon & Bleu Cheese Flatbread, which was good.

My Steakhouse Salad wasn't that great, which actually benefited me (more room for yummier food later). Mr. Monkey's BBQ Baby Back Ribs were a bit tough, and the accompanying garlic mashed potatoes tasted like they came out of a box (which they probably did). Brother Monkey's Center-Cut Filet Mignon was laughable. But Papa Monkey's Steakhouse Bacon Cheeseburger and fries were surprisingly tasty. Yay for Papa Monkey!

After lunch, we chilled at Chez Papa Monkey and enjoyed watching some more HDTV football on his big sweet plasma. Yay for Papa Monkey again!

A little after 4:00 p.m., we left Highland to drive to Mama Monkey's home in Riverside. One of Mama Monkey's favorite musicals is The Phantom of the Opera, and she and her husband just saw it again in Las Vegas. This was actually Stepdad Monkey's first time seeing it, and he is now a big fan, too. Since they liked it so much, I played several pieces from the musical while they prepared our Thanksgiving feast.

Oh, how I miss my piano! When the Monkeys finally buy a single-family home, one requirement is that there is room for this seven-foot Steinway grand piano imported from Hamburg, Germany! American Steinways have a matte satin finish, whereas German Steinways have this beautiful shiny lacquer. Mmm...lacquer. 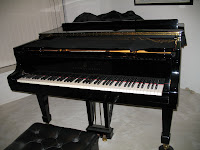 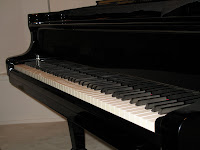 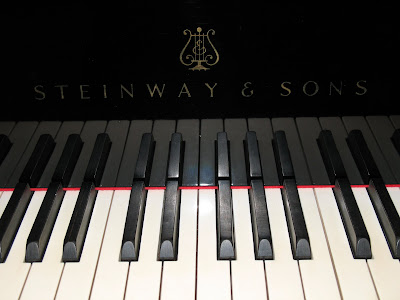 Mama Monkey made everything, and Stepdad Monkey helped a little. Brother Monkey, Mr. Monkey, and I stayed out of the kitchen for everyone's good, but we cleaned up at the end.

Here are the more recognizable Thanksgiving dishes: turkey (basted in a soy-based sauce with green onions and Chinese spices), white corn-on-the-cob, dinner rolls (wheat especially for me), and yams (wrapped and baked in foil). 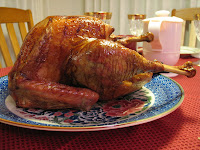 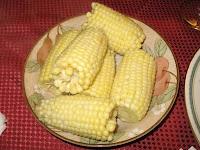 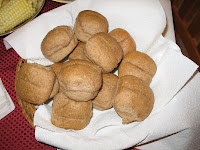 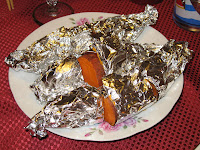 No stuffing for us. Instead, Mama Monkey makes delicious glutinous rice with pork, Chinese black mushrooms, and bamboo shoots. Stuffing pales in comparison. 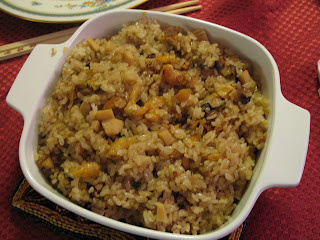 Here's the preparation of my favorite green vegetable, kong xin cai (in Mandarin) or ong choy (in Cantonese). I'm not really sure what it's called in English, but it's somewhat spinach-like. It is, however, milder and so much better than spinach. 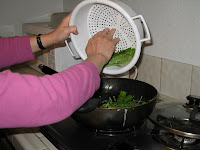 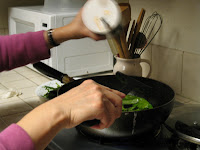 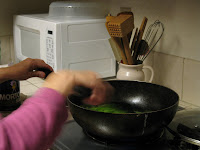 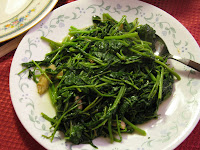 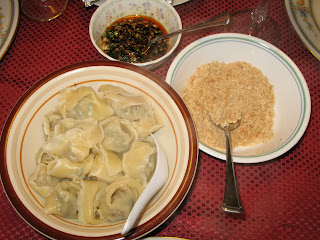 When you put it all together, it looks something like this. And, yes, we use chopsticks during Thanksgiving. 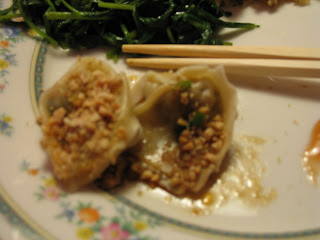 Mama Monkey makes the best spring rolls in the world. They are my favorite part of Thanksgiving. The skin she uses is thinner and finer than that used by restaurants. It yields a better, lighter crunch. The filling includes fresh carrots, cabbage, bean sprouts, Chinese black mushrooms, and pork. Restaurants usually avoid bean sprouts for fear of the rolls getting soggy.

Mama Monkey is so talented that she can use bean sprouts. Almost as soon as she places her spring rolls on the table, they are gone! There is never any worry about bean-sprout-induced sogginess! Crunch, crunch, crunch! 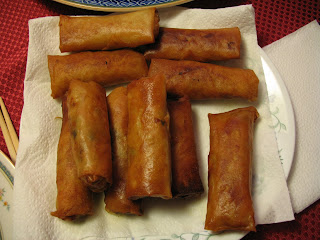 We ended with pumpkin pie and fresh pineapple that was lovingly sliced by Stepdad Monkey. 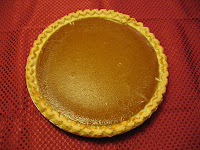 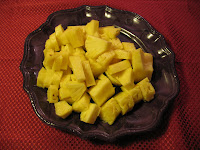 The greatest part of this all? I ate in moderation, and, when I stepped on the scale this morning, there was no change in my weight whatsoever. Still at wedding weight! Yay for me!
Bananas Unpeeled by weezermonkey at 4:25 PM