Travis knows exactly how to get a crowd on its feet from the get-go. As the house lights went out, a handful of spotlights swirled about, simulating the famous 20th Century Fox intro, complete with distinctive blaring trumpets. Then the horns morphed into "Gonna Fly Now," otherwise known as the Rocky theme song. A hubbub brewed amongst the crowd, as four brightly robed "fighters" ran through the masses and jumped on stage. 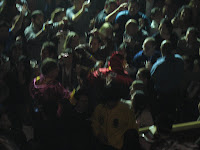 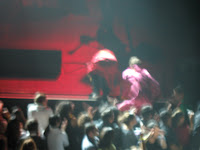 The fighters shed their robes, and Fran Healy raised his hands. Let the show begin! 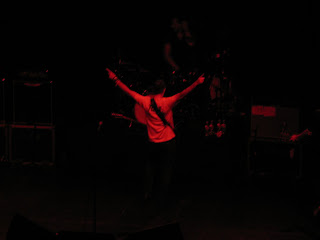 Travis is such a dynamic band with phenomenal musical skills. Travis runs like a well-oiled machine -- a machine that gets everyone up on their feet, bouncing and singing! This was the first time ever that, while sitting in the loge section at The Wiltern, I felt the floor shake! The whole place reverberated to the beat of every song because every person in the theater was jumping up and down. To say the least, this made it really hard to take clear pictures. 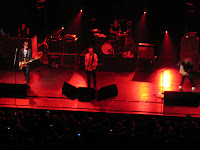 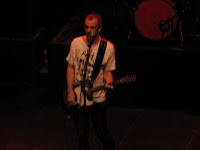 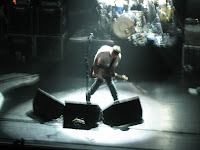 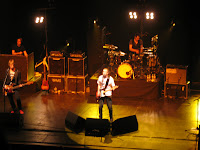 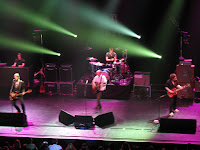 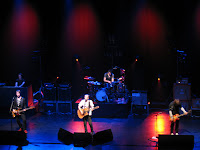 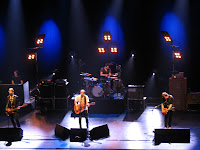 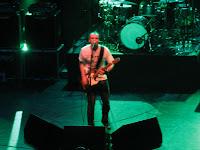 Andy Dunlop got down. Literally. 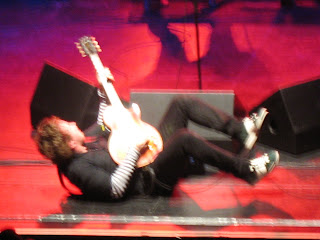 I couldn't stop laughing as I screamed, "Claus! Claus! Claus!" along with everybody else at The Wiltern. 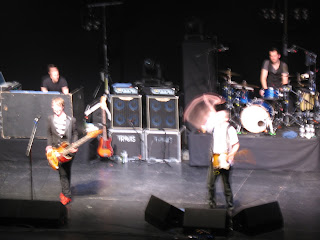 I loved the energetic rainbow-licious performance of "Sing," during which Andy Dunlop played both guitar and banjo. 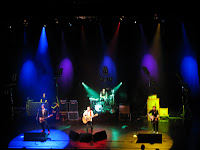 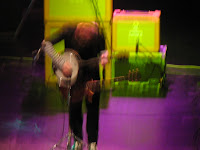 During the encore, feisty little frontman Fran played a truly acoustic song all by his lonesome. And when I say "truly acoustic," I mean no mic and no plug-ins. It was pretty cool, and the place was so silent during the song that I could hear the click of my camera shutter -- a rarity at concerts. 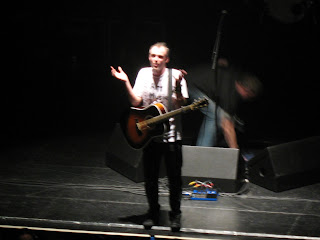 Then Fran and the boys did an acoustic "Flowers in the Window." This was my fave moment of the night. 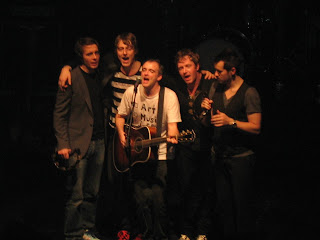 The band concluded with "Why Does It Always Rain on Me?" 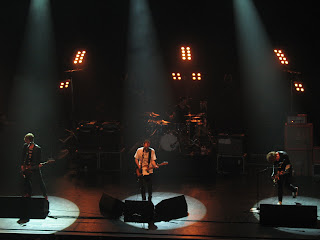