After Glam's baby shower yesterday, Giggles kindly led me to the nearest thrift shop, The Salvation Army to be exact. Since Mr. Monkey wasn't keen on wearing his clothes backwards and realizing my Kris Kross dream, I went on the hunt for other stuff to wear to Jack Sprat's birthday party.

Let me rewind for a sec.

Jack Sprat turned 31 yesterday, but Diabolina flipped it to be 13. The theme of the party? The '90s! Included in the reminder about parking was this:

If you didn't catch the part about costumes, please note that everyone will be looking CRAZY in '90s gear...so don't try to look cute. We expect you to look retarded.

Well, truth be told, the Monkeys sort of wimped out and went grunge. I came home with a couple of flannel shirts from The Salvation Army. If you weren't aware, on Saturdays, everything is 50% off. My orange plaid J. Crew flannel was $2.00. It sort of skeeved me out to wear it.

When I showed the flannels to Mr. Monkey, he said, "I don't need that. I have my own." Really, Mr. Monkey? Really?! He paired his own flannel (Ralph Lauren, no less) with some hideous light jeans that he also owns.

Here he is, playing Donkey Kong at Jack Sprat and Diabolina's place. So 1994 in that get-up. Ugly fabu. 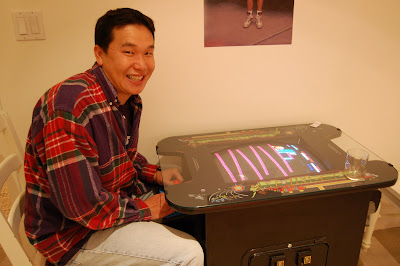 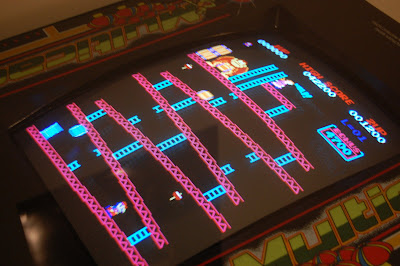 The birthday boy dressed up as Steve Sanders from Beverly Hills, 90210, specifically from the episode in which Steve gets the legacy key to all the test answers. See the key around his neck? 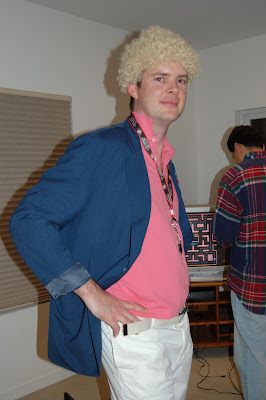 Diabolina was Brenda Walsh, specifically from the episode in which Brenda and Kelly wear the same dress to the Spring Dance, and Brenda becomes a woman that night with Dylan in Room 217. Yes, I recognized this outfit. Shut up. 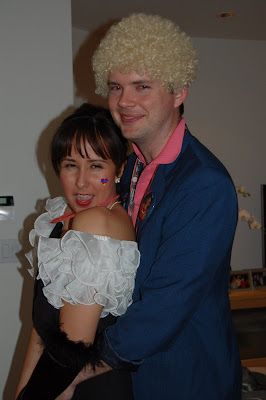 Here's Jack Sprat when he was actually 13. 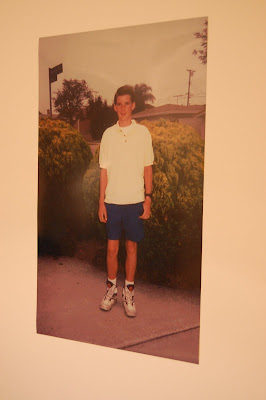 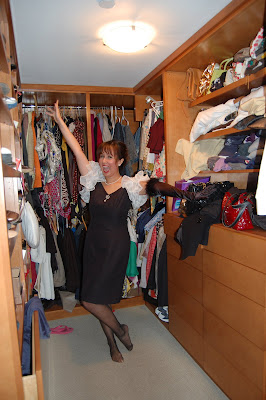 Like any good party for a 13-year-old in the '90s, this party was catered by Shakey's. Pizza! Chicken! Mojo potatoes! This was followed by ice cream cake. Everybody went to town. I present to you the dregs. 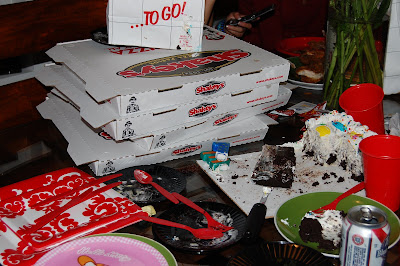 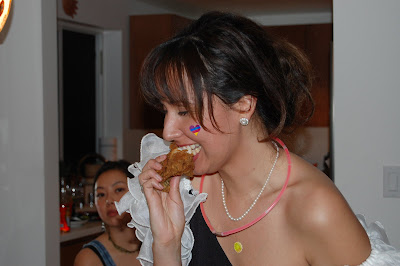 The boys discuss a remote-controlled helicopter. Yes, Jack Sprat is wearing a jaunty little tiara. It was almost 3 a.m. 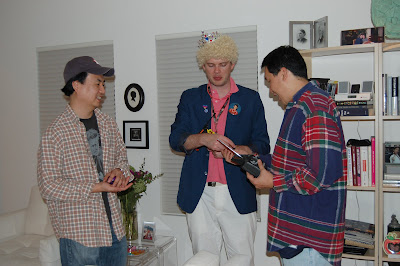 I know Diabolina will have far more pictures, which I hope to swipe after she posts. (I didn't feel comfortable taking pics of strangers!) Then you can marvel at my horrible plaid flannel shirt and appreciate the true dedication to '90s costumes by the other guests. There was everything from Donkey Kong himself to Scary Spice to Mia Wallace from Pulp Fiction to a Members Only-clad guy in jean shorts.

That guy was my favorite, hands down. Commitment at its finest.
UPDATE: Diabolina has blogged! Go see the madness! 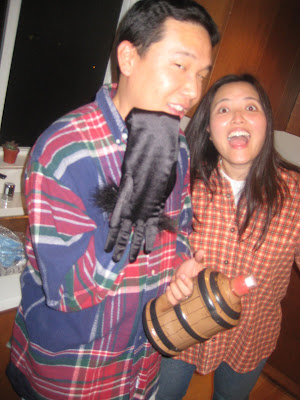 Happy birthday, Jack Sprat! We had so much fun!
Bananas Unpeeled by weezermonkey at 7:02 PM