I love TV. Sometimes Mr. Monkey even accuses me of loving TV more than I love him. That's how much I love it. Thus, when Nanette told me she had an extra ticket to PALEYFEST at the ArcLight, I jumped at the chance to accompany her and her friends, Josh and Jami. 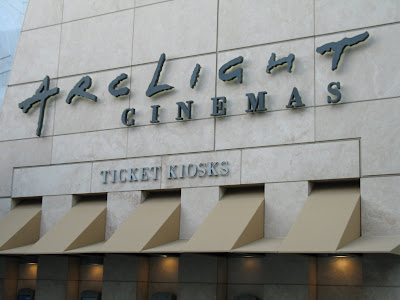 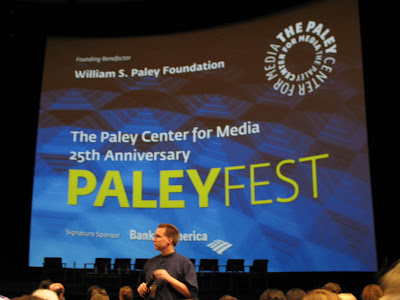 The Paley Center website has a better description than I could compose myself:

PALEYFEST is an extraordinary interactive pop culture event, connecting fans with the casts and creators of their favorite series as well as the icons who have changed or are changing the face of media. Named for William S. Paley, founder of both the Center and CBS, PALEYFEST continues its twenty-five-year tradition of celebrating the collaborative creativity behind making great entertainment content—from the genesis of an idea to that vital connection with audiences the world over. If you don't watch this show, you should. Mr. Monkey was the one who got me into it. I was reluctant initially because I thought it was only about football, but it's a really interesting look at human interactions and relationships, be they amongst family, high school students, co-workers, or any combination of these groups.

The writing is superb, and now I'm totally hooked. There is definitely something for everyone in Friday Night Lights. It's one of the few shows that Mr. Monkey and I watch together.

The program screened a particularly strong episode (one of my favorites!) in which quarterback Matt Saracen (Zach Gilford) struggles with being left behind by everyone he loves; superstar Smash Williams (Gaius Charles) faces the horror of having his athletic scholarship revoked; Landry Clarke (Jesse Plemons) chooses the beautiful Tyra Collette (Adrianne Palicki) over a spunky geek; and Tami Taylor (Connie Britton) realizes that her devotion to coaching her volleyball team has resulted in her neglect of her own daughter Julie (Aimee Teegarden).

After the screening, Executive Producers Jason Katims (who has a horrendous penchant for uttering "y'know" every other breath) and Jeffrey Reiner and castmembers Britton, Gilford, Teegarden, Palicki, Scott Porter (who plays paralyzed former quarterback Jason Street), and Minka Kelly (who plays bible-thumping whore Lyla Garrity) fielded questions from the moderator and the audience. 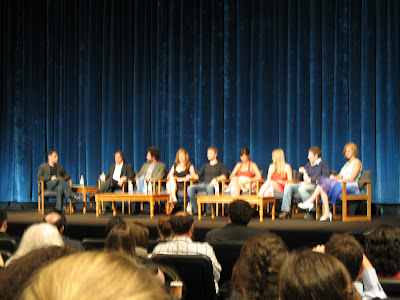 I was so amused by the fact that a few of the actors were eerily similar to the characters they play. Britton really does seem like the coolest mom ever. Porter is a confident, well-spoken, and charismatic leader. Teegarden emanates a bit of the same brattiness possessed by little Julie Taylor. And Gilford, whom I saw in the parking structure while looking for a space, is so Saracen! He was the only castmember who actually has a real Southern drawl, and he is lovably goofy and adorably slightly awkward. 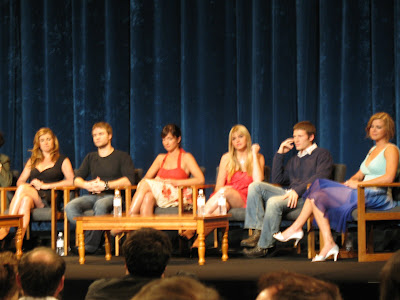 What I did not find so amusing was my very vocal neighbor to my left. This old woman kept commenting aloud at everything. At full volume. As if she were having a conversation with the people on stage. Nanette and I shared a few raised eyebrows, rolling of our eyes, disapproving glances, and stifled laughter over this.

Amidst serious questions regarding the show's handling of racial discord and whether the series will be picked up for another season (the answer was "likely," and there was talk of a deal with DirecTV), Porter indulged a request to re-enact a little dance he did in the movie Music and Lyrics. 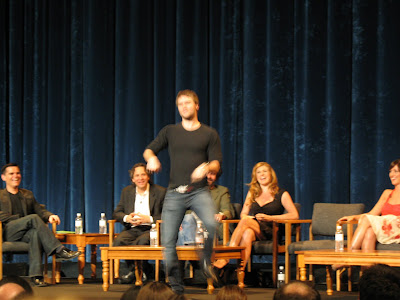 I really wish I'd brought my real camera with a zoom lens. 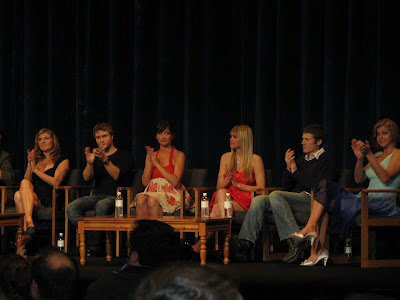 Our evening ended with dinner at The Waffle, a fairly new modern-yet-retro-ish diner on Sunset Boulevard that features all sorts of (duh) waffles, other all-day breakfast foods, burgers, comfort food, and a surprisingly wide array of vegan options. 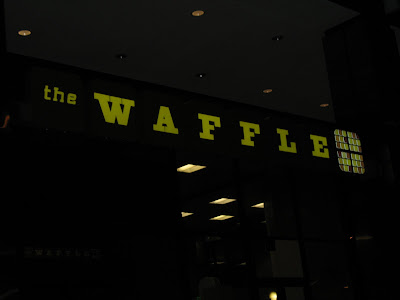 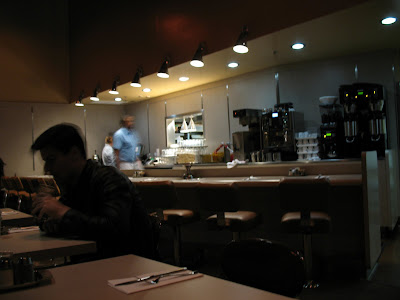 We shared an appetizer of pasta shells in creamy Hooks artisan Wisconsin cheddar, fontina, and gruyere...otherwise known more colloquially as "mac 'n' cheese" ($8.00). I liked it, but I didn't love it. It needed more cheese (more, more, more!) and a bit more flavor in general. The consistency of the shells was perfect, though. 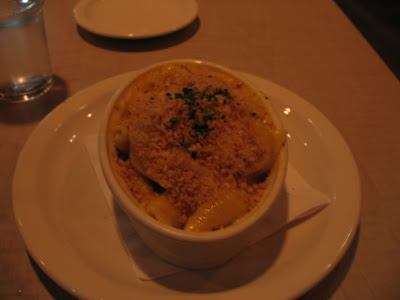 Nanette dined on a baked-in blueberry waffle topped with blueberry sauce and lemon curd ($9.00). The one bite I had was delicious; sweet and tart were balanced well. 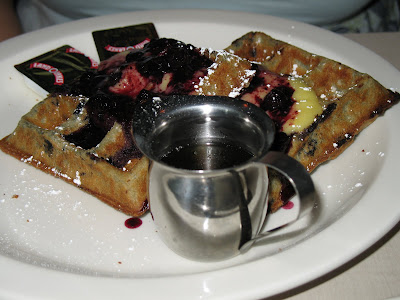 I savored The Works burger ($12.00), which was comprised of an eight-ounce Angus burger with lettuce, tomato, bacon, cheese, grilled onions and mushrooms, fried egg, and thousand island dressing. 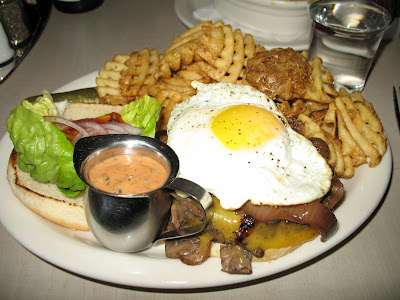 Our server seemed impressed that I was able to pick it up and eat it without making a total mess. (My secret? Puncture the egg first, soak it up with a waffle fry, and then construct and devour the burger!) It was a pretty damn good burger. I took half home.

This employee insisted that I take a waffle-icious picture of him. 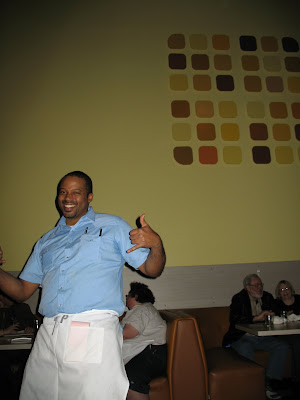 The Monkey is still unsure about The Waffle. I need to try a few more dishes, especially waffle and breakfast offerings, before I make a final and thorough assessment, but this place definitely has potential, despite the bad rap it seems to be getting during its growing pains period. I must say that our first experience was pretty positive.

Thanks again, Nanette, for inviting me! I had the best time!
Bananas Unpeeled by weezermonkey at 11:52 PM