For the set-up, read this first, if you haven't already.

When he came into his office on Thursday, Jason Bourne was apparently sleepy enough to believe that Phileas Fogg had given him a frilly pink gift bag. Jason sent Phileas an e-mail with the subject "Are you kidding me?!" The content of that e-mail included something to the effect of "Well played, sir. Well played." 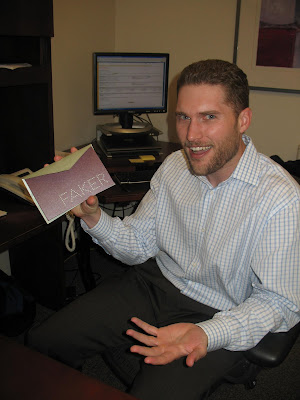 But then Phileas told Jason that he wasn't the culprit.

Later, I got an e-mail with the subject "Fredo, I know it was you!!" 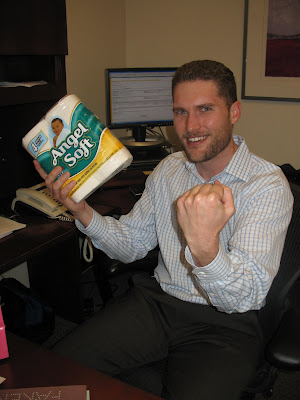 Here was our interchange:

Bourne: Yes, my dear, I know of your nefarious plot to make light of my girlfriend's attempt to poison me over the weekend with a bad picnic plate. If our company rules didn't prohibit it, I would give you the Michael Corleone kiss of death to mark my intent to seek retribution. The day of reckoning is coming. Prepare thyself....

Monkey: Tee hee hee! It's a gift! You got four free rolls of toilet paper!

Bourne: Come to think of it, i really do need the back-up supply after this week's happenings.

Later, Bax e-mailed me with this gem as she left work:

Jason Bourne drove by as I was crossing the street, yelling, "Vengeance is mine!" Totally startled me!

Now Bax and I are a little nervous about what is to come.

And Jason Bourne looks nothing like Matt Damon, but explaining why I call him Jason Bourne would take far too long.
Bananas Unpeeled by weezermonkey at 4:07 PM