Life keeps happening, so I keep blogging the now. Pictures of Iguazu Falls are forthcoming. Promise.

As we often do, we got free tickets to the Clipper game tonight. Our friends who can't make a game last-minute often call Mr. Monkey to see if we're available. It pays to live nearby! Score! 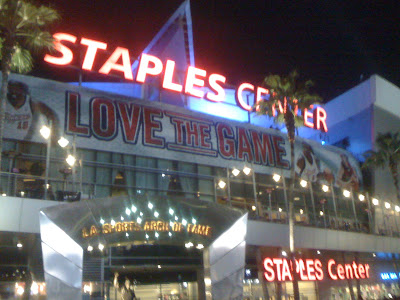 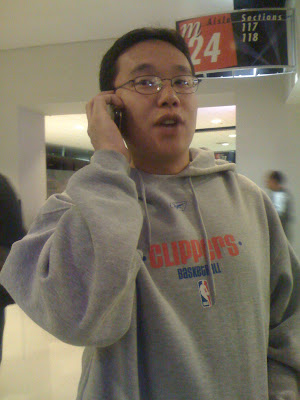 Our seats were quite good. 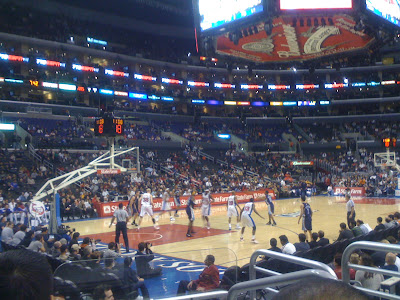 Our friend Clipper Nut gave them to us. How big of a Clipper Nut is Clipper Nut? This darling golden retriever of his is named Clip!

We ran into another friend of Mr. Monkey who had a couple of empty seats next to him, so we joined him after halftime. We were four rows away from the court! 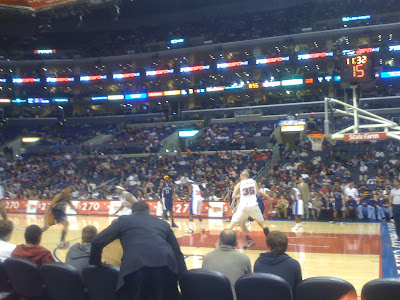 The game started off pretty damn awful. One crappy team (Clippers) versus another crappy team (Grizzlies). I basically concentrated on the following instead. Finally, the Clippers got their act together and managed to be the less sucky of two sucky teams.

The best part of the night was still the nachos, though.
Bananas Unpeeled by weezermonkey at 10:55 PM