In the past, the Monkeys have had the best time during private excursions with local guides, and today was no different. We piled into Juan Pablo's pick-up truck this morning, accompanied by his intern Eli (think "short for Elinor," not "first name of the lesser Super Bowl XLII MVP Manning"), and headed to Chiloé Island. If you ever come to Chiloé, I highly recommend Chiloétnico, Juan Pablo's company. Super people, super knowledge.

We rode a ferry to Chiloé. That's Mr. Monkey with Juan Pablo and Eli's back.

Juan Pablo showed us around the local market, where we encountered all sorts of fresh indigenous vegetables and fish, including kelp, crazy huge garlic, and black mussels. And here's a fun tidbit -- the most common potato originated in here in Chiloé. If that's not reason to love this place, I don't know what is. Potatoes rule! Thank you, Chiloé!

We met yet another cuddly stray at the market -- a puppy, no less! Here's a stop at one of many scenic spots.

And then it was penguin time at Puñihuil!

Yes, that is a poodle on our boat. The poor thing was shaking and whimpering the whole time -- clearly terrified out of its mind. I love dogs as much as the next person, but a puffy little white lapdog simply doesn't belong on a shaky motorboat amidst rocky penguin colonies.

We (and the poodle) saw both Magellanic and Humboldt penguins galore. So cool! This is the only place in the world where both types of penguins nest. Mind you, I took all of these photos whilst sitting on the aforementioned shaky motorboat. This camera can take good photos no matter what. 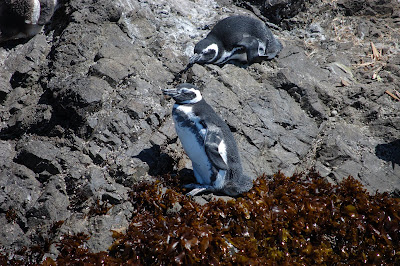 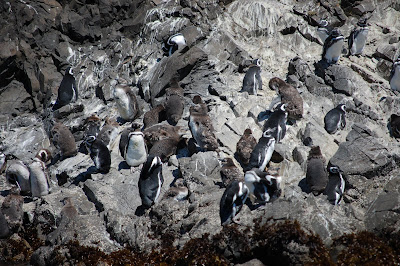 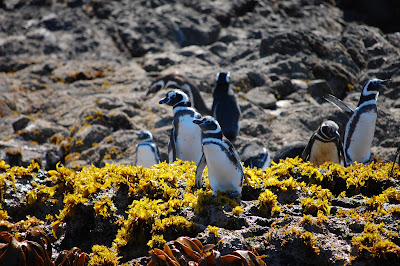 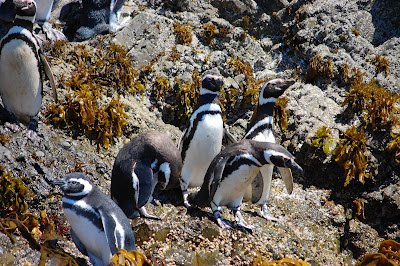 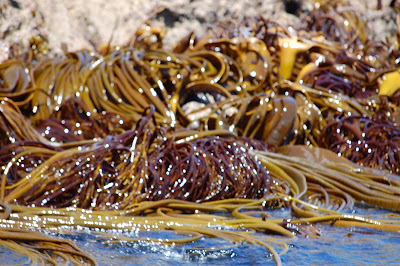 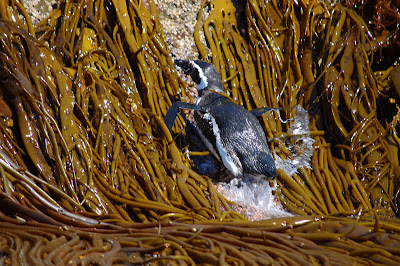 The biggest treat of the day, though, was when we spotted otters. Otters! In the wild! We'd only ever seen them in aquariums and zoos! It was pretty incredible, and Juan Pablo said it's not very common to see them. We saw five. Airplane issues notwithstanding, we sure are lucky Monkeys.

It was hard to capture these slippery guys -- they were so fast! I do think my pics came out better than some other people's pics, though. Theirs look like those photos of the Loch Ness Monster (i.e., fuzzy pictures of a twig). At least you can tell my pictures are of otters. 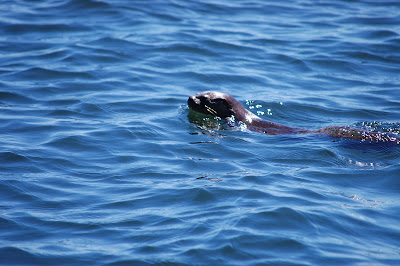 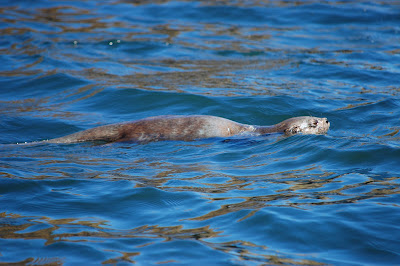 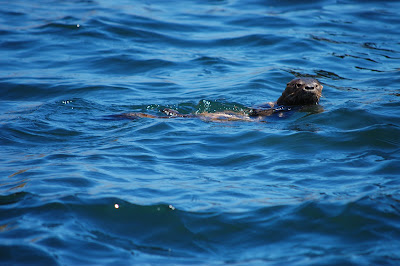 Nothing can really top penguins and otters, so the rest of the day was rather anticlimactic, but we did enjoy seeing more of Chiloé and learning its rich history. Among other things, Chiloé was the last Spanish stronghold in Chile after the War of Independence. This is Fort San Antonio. 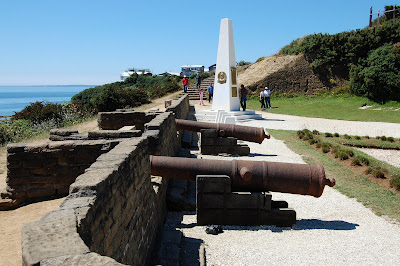 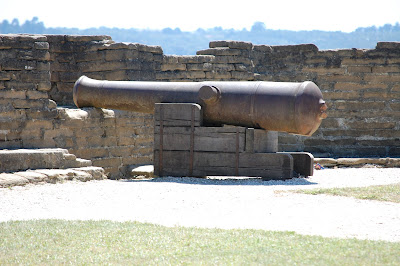 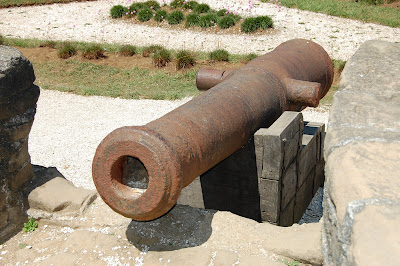 During our ferry ride back to the mainland, I took some pics to pass the time. The water and sky were so amazingly blue. 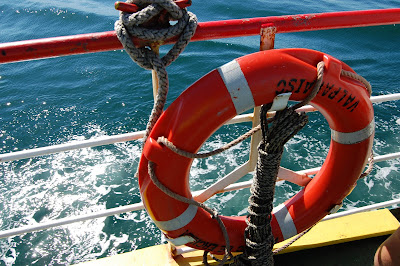 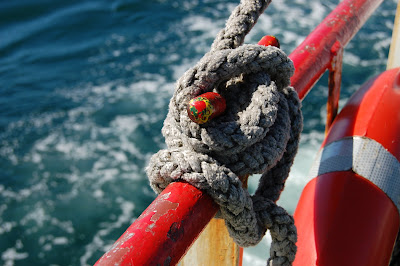 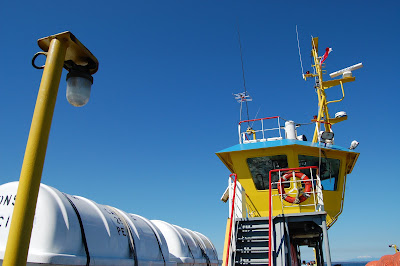 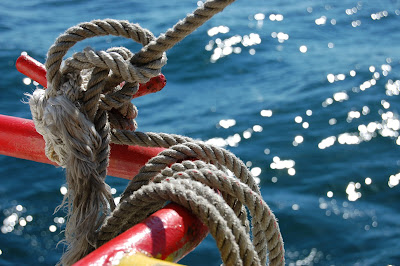 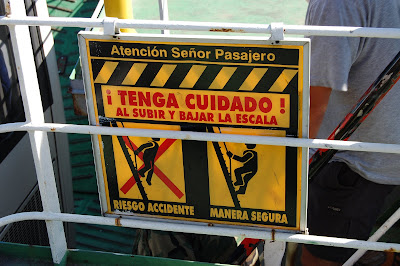 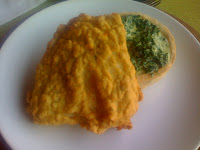 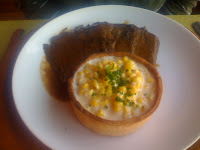 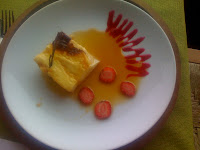 Sweet ending to a sweet day.

Addendum: That wasn't *quite* the end of the day. Mr. Monkey is watching the Super Bowl while I blog. It is surreal watching it with rapid Spanish commentary. The commercials are Chilean and clearly not what is being shown in the U.S.
Bananas Unpeeled by weezermonkey at 6:48 PM