The Monkeys just can't catch a break when it comes to LAN Airlines. No Coughing Girl today, but we did have over a two-hour delay of our flight from Santiago to Puerto Montt, due to the malfunctioning of a baggage belt at the airport. There were news crews and everything. Reporters were asking people in line how they felt about the delay. Slow news day, I guess.

Then, when we finally got on the plane, there was even more of a delay because a family of six insisted on sitting with each other. The flight attendants asked so many people to switch seats. It took at least another half hour to get that damn family situated.

Really, people? The flight was only one hour and 20 minutes long. You'd think that two kids could sit with dad and the other two with mom. This time, even Saint Mr. Monkey had to agree that their insistence to sit together was a bit ridiculous. He did not, however, agree with my sentiment that people should not procreate in excess of the capacity of a normal sedan. You know me. I always go the extra mile when it comes to being negative. Overachiever in all respects!

When we landed at Aeropuerto El Tepual, the weather couldn't have been better. It was beautiful and sunny, probably around 70ish degrees with a slight comfortable breeze. Ahhhh. What a relief from the heat of Santiago! I love the Los Lagos Region already!

We got into our little rental Nissan when I spotted this interesting sign. I guess it takes more than a village to raise a child in Chile; it takes the whole nation, relinquishing prime parking spaces for pregnant women. 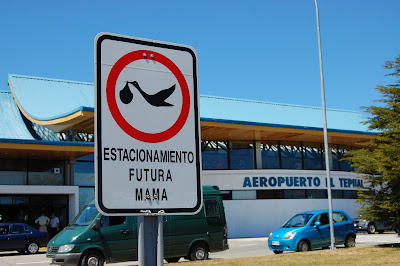 Unlike American car rental agencies, apparently Chilean places don't require people to fill up the tank. We'd only been driving a few miles when the little light came on, and we had to hunt for gasolina. It's times like these when we pretend we're on The Amazing Race and hope it's a non-elimination leg.

Shortly after filling up the tank, we arrived at the Hotel Puelche in Puerto Varas. I love this place so much! I was very amused by floor "-1" -- so much more logical than "B" for "basement," no?

The enormous room reminds me a bit of our beloved Salishan Spa and Golf Resort. Spacious, somewhat rustic, and yet totally modern with sleek bathroom furnishings and free wi-fi.

Our view from our window is none other than Volcán Osorno, an almost perfectly conical active volcano. Who could ask for a better view than this? 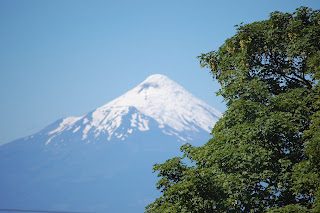 Volcán Osorno brings back memories of Mount Fuji from my trip to Japan many years ago. Like Mount Fuji in the area just west of Tokyo, Volcán Osorno can be seen pretty much anywhere in the Los Lagos Region. It's like the Mona Lisa of volcanoes, following you wherever you go. I easily spotted Volcán Osorno all over the town of Puerto Varas, which is totally adorable. 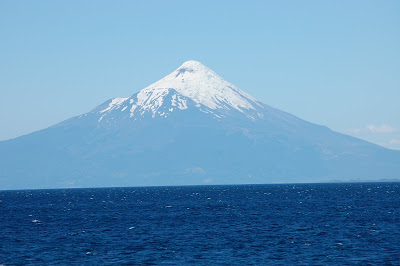 After driving around Puerto Varas, we went to Llanquihue, where many people were playing in the sun. Can you spot Volcán Osorno? 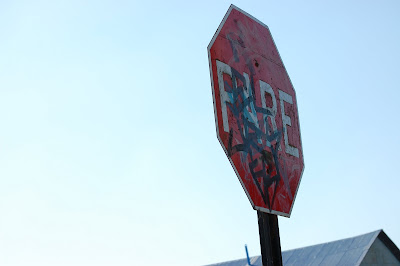 Our next stop was Frutillar. And, despite all the trash next to the road sign, this town was much cleaner and cuter than Llanquihue. Think of Frutillar as Santa Monica and Llanquihue as Tijuana. 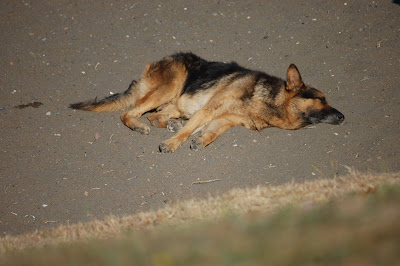 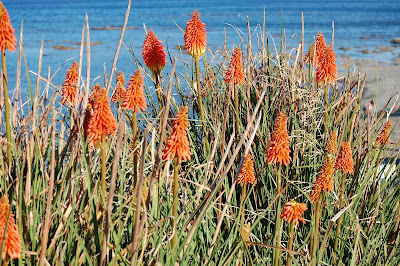 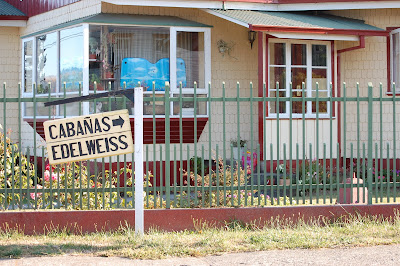 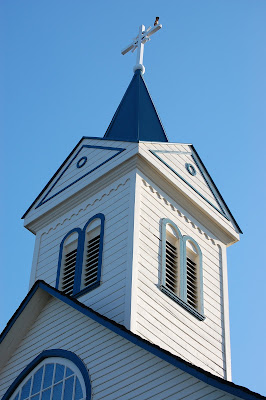 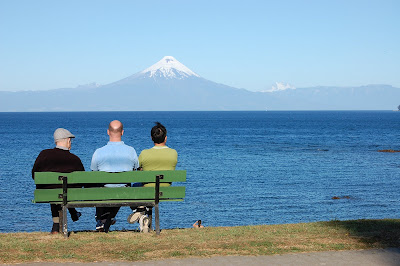 Frutillar was followed by Puerto Octay, yet another small town in the Los Lagos Region. Meh. The most interesting thing there was this stray dog who settled down next to our car. 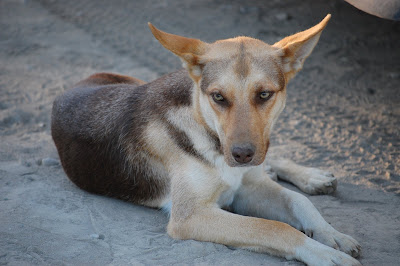 Our relaxing but long day concluded with a yummy dinner. We ate at about 9 p.m., and it was still light out!

Mr. Monkey preferred that I didn't snap away with the big camera in a restaurant, so I used his iPhone (which, incidentally, has been incredibly handy for calculating the cost of things here). 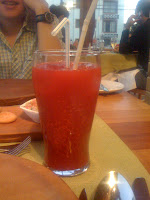 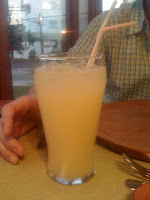 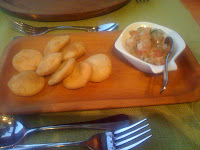 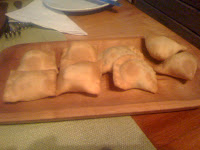 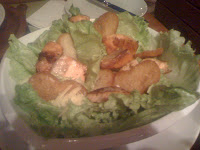 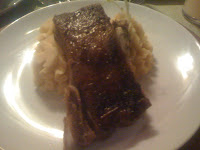 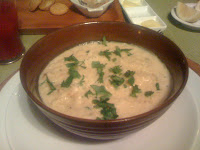 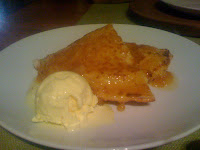 All that was about $65. We were very pleased. Yet another reason I love this place -- much less expensive than Santiago!
Bananas Unpeeled by weezermonkey at 6:02 PM