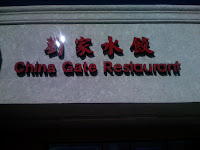 When Papa Monkey told us about this restaurant, he kept calling it "Lu's Dumplings," which caused some confusion when we were looking for the place. Little did he know, the place chose to name itself something completely different from its Chinese name. Sadly, I could only read the second and third characters ("home" and "water"), which combine with the first and fourth characters, respectively, to form "Lu family" and "dumpling." Yay for first grade Chinese literacy. I'm useless.
When you go to a place with "dumpling" in its name (at least its Chinese name), you gotta get dumplings. We had fried potstickers and dumplings. The potstickers were deliciously golden and juicy, and the dumpling skin was thick and chewy and obviously homemade. 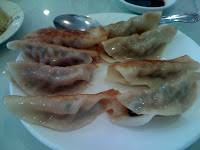 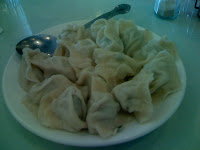 The two entrees we tried -- black bean fish and spicy shredded pork -- were decent, but, if I ever go back, I'll just stick to more potstickers and dumplings. 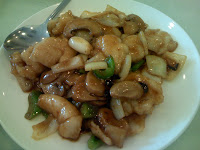 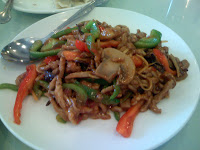 We enjoyed the spicy beef noodle soup. The noodles were chewy and homemade, just like the dumpling skin. Delicious! Finally, we were given a CoffeeGo candy. Mine is still sitting in my purse. I might eat it for breakfast tomorrow. 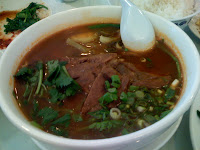 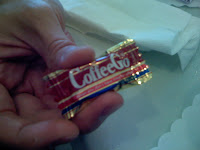 On our way to grab some post-lunch sweets, we passed the Shun Fat Supermarket where a bunch of puppies were caged and being sold. They were sooooo cute! Seeing them made us all very sad, though. I don't know why anyone would do this to these little guys. 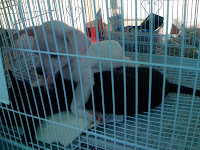 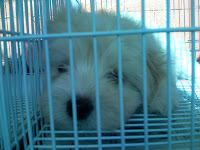 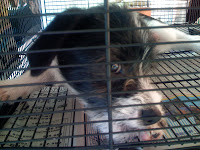 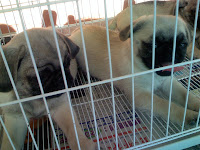 After puppy time, we had boba milk tea and boba coffee at Little Bean (18415 E. Colima Road, Rowland Heights), which has my favorite boba in all of Southern California. When I say boba, I'm referring specifically to the tapioca pearls. Little Bean's boba are perfectly sweet and chewy and wonderful. They are constantly made, so you always get a fresh batch. 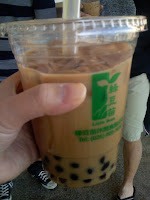 Mr. Monkey plopped himself in front of the TV to settle in for a long football afternoon, while I went to the nearest pinkberry to get Torry a belated birthday present. We'd attempted on Tuesday night, but there were no gift cards at the location we tried! This time I called first to make sure. 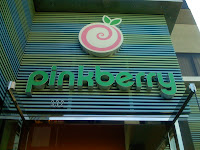 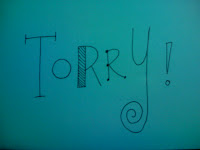 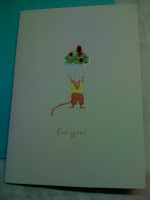 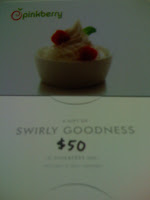 I ended my Saturday afternoon with a lovely manicure and pedicure at Butterfly Total Beauty Center. Now my fingers are sporting Privacy Please, and my tootsies are Pink-ing of You.
Bananas Unpeeled by weezermonkey at 10:21 PM