There was quite the commotion around our place this afternoon, so I grabbed my camera and headed outside to track down the source of the clamor. 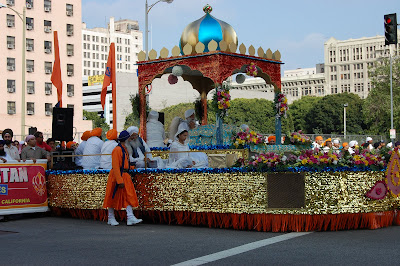 It turned out to be a parade coordinated by the Southern California Gurdwaras in celebration of Baisakhi, the beginning of the new year. 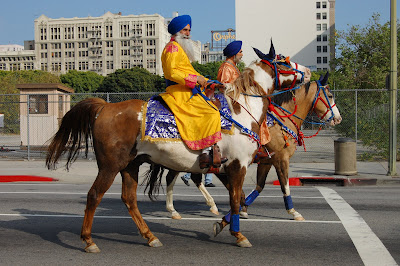 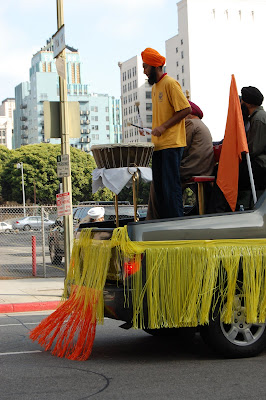 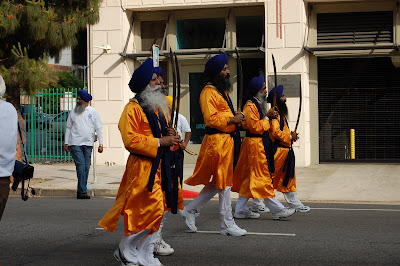 I followed the parade all around downtown. Very colorful and very cool. 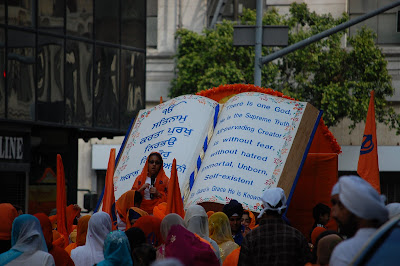 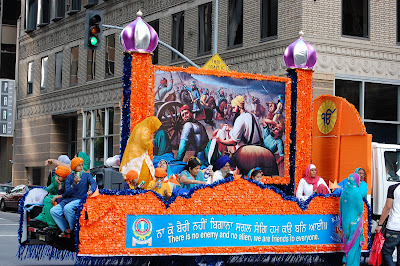 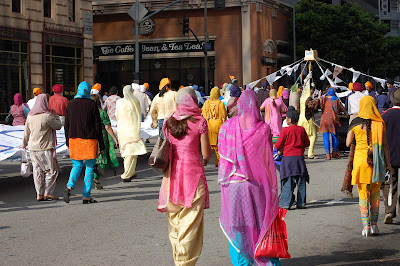 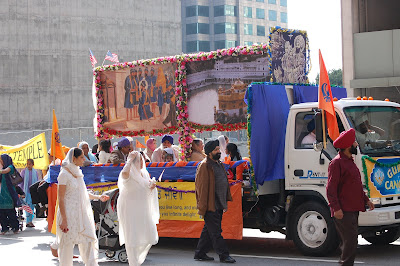 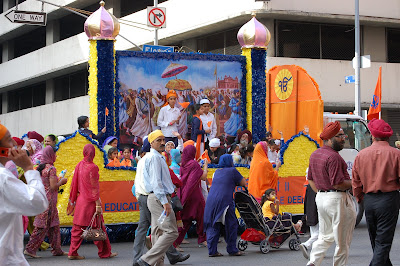 Several people came up to me to ask what the parade was all about. Apparently, an Asian girl wearing a Dashboard Confessional zip hoodie and red checkerboard Vans while wielding a large camera is the right person to ask. 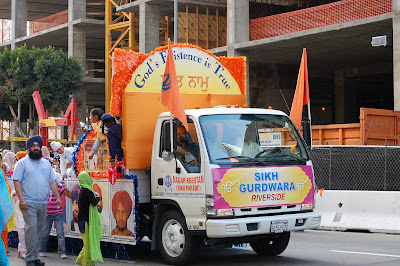 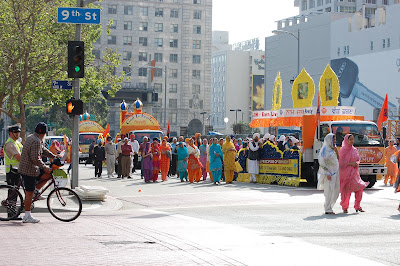 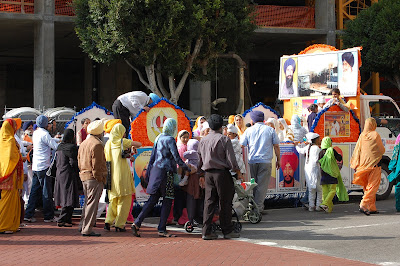 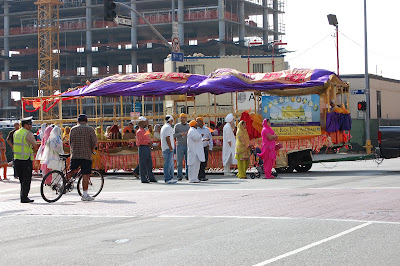 I cover the parade more seriously on angelenic, if you're interested in reading more. Mr. Monkey calls me his little photojournalist.

The truth? I just wanted to see why we weren't able to drive home. After the parade, I was finally able to move our car, which we parked several blocks away because of street closures, back into our garage.
Bananas Unpeeled by weezermonkey at 8:24 PM