Mr. Monkey and I met his family for dinner at the plaza in Little Tokyo that includes the infamous Curry House. I thought we would have to eat at Curry House again, but, to my delight, we didn't! Instead we went to Kushi Shabu (123 S. Onizuka Street). 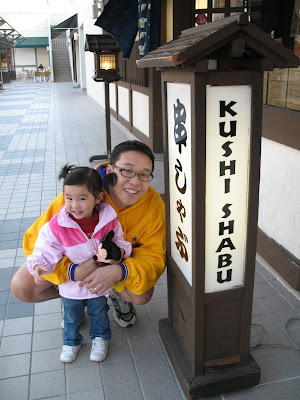 Kushi Shabu was an interesting choice, as both Mr. Monkey and I are not shabu-shabu fans at all. We derive no joy from boiling things. But Mr. Monkey's dad does. [Insert your own Fatal Attraction joke here.]

Kushi Shabu was dark and old-ish. Not really the greatest ambience. We had a teeny-tiny room to ourselves. 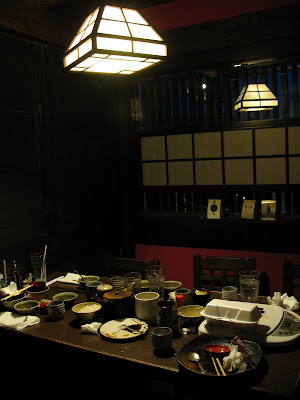 It doesn't seem like the smartest idea to be eating boiling food in a teeny-tiny room, but that's what Kushi Shabu is all about. 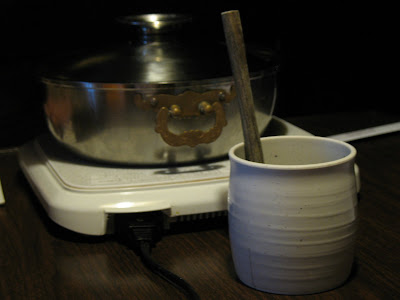 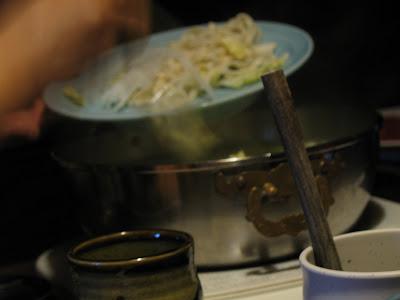 Instead of shabu-shabu, the rest of us dined on a ton of fried things. Kushikatsu (otherwise known as "fried skewers" to the non-Japanese-speaking) are Kushi Shabu's non-shabu-shabu specialty. (The restaurant's name is making more sense now, no?) 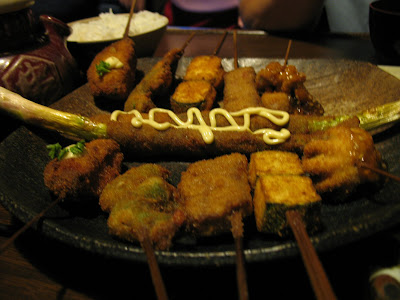 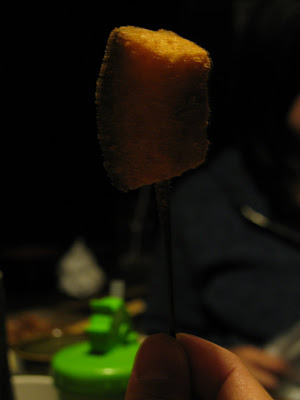 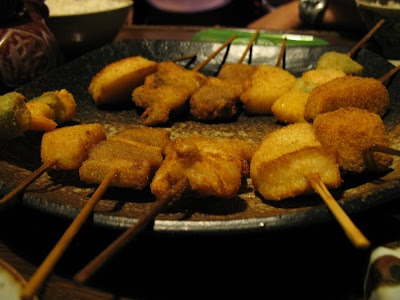 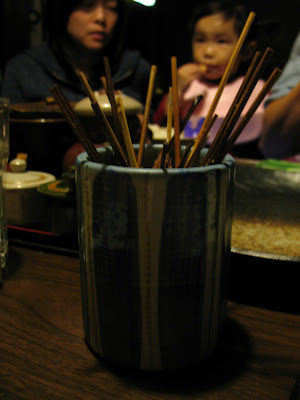 Aside from the fried skewers, we also had fried soft shell crab, tonkatsu, tamago, and grilled black cod. 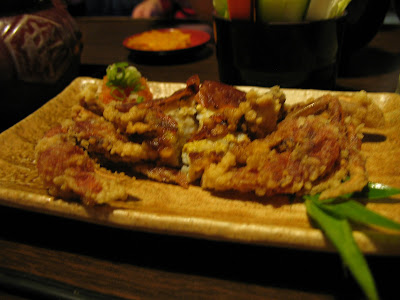 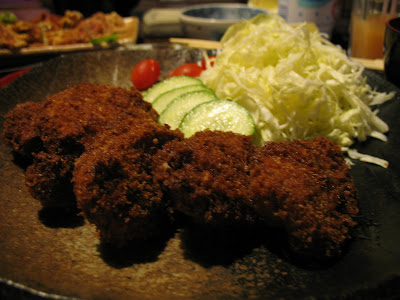 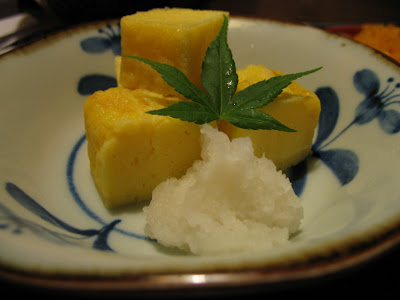 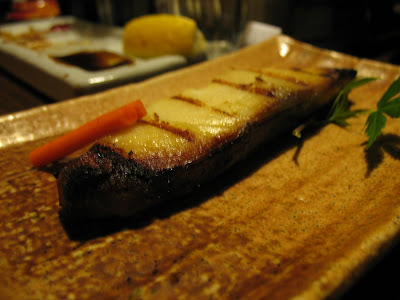 Dessert was a melange of fruit, red bean paste, and konjac in heavy syrup. 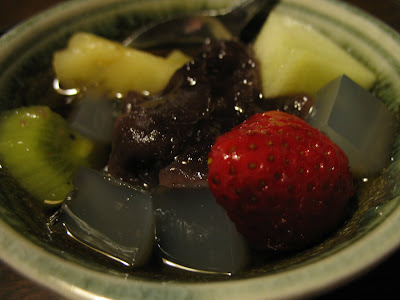 Would I go back? Maaaaaybe. It sure was a bounty of fried goodness. But, even as a lover of fried items -- and I can't believe I'm actually saying this -- I believe it was just too much. It's one thing to eat a few fried items, but it's a whole different experience when everything you're eating is fried.

And on a stick.
Bananas Unpeeled by weezermonkey at 11:58 PM