I Scream, You Scream

Brother Monkey, Torry, and I went all the way to The Sun today to visit Papa Monkey. (Mr. Monkey's friend invited him to the Lakers playoff game...in a suite, no less. Hmph.)

The Sun is so far away from Los Angeles. A visit pretty much eats up the whole day. But today we were celebrating Papa Monkey's birthday, which is on Tuesday.

Torry had the best funny idea for my dad's birthday -- Baskin-Robbins!

We all enjoyed the cookies 'n' cream ice cream cake. 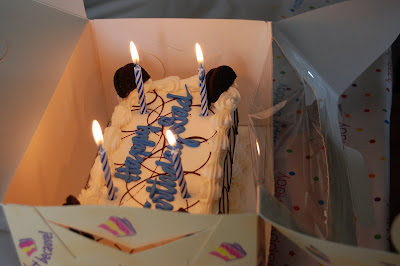 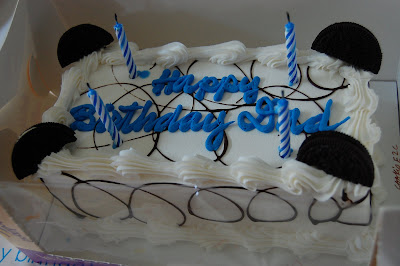 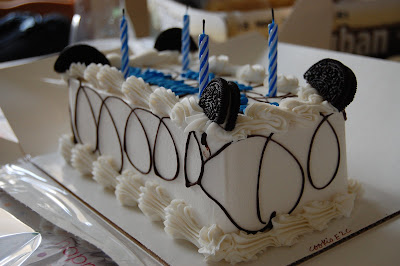 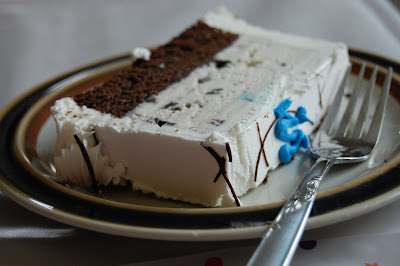 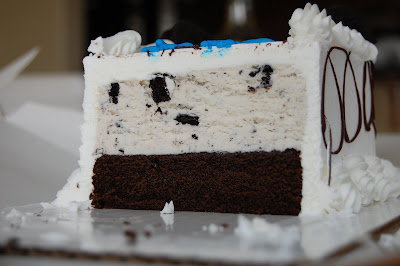 But the most awesome thing was the clown cone just for Papa Monkey! Papa Monkey was too full to eat it today, but even he was so amused that he took some pictures. Strangely, although we all dislike clowns, we adored this little guy! I thought he was super hilarious. 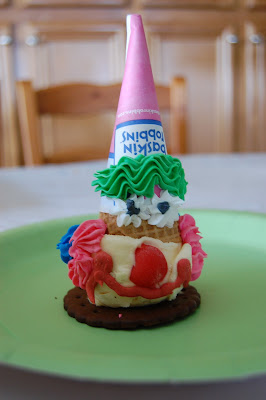 Even more hilarious is the thought of my dad eating this later this week.
Bananas Unpeeled by weezermonkey at 10:48 PM