Work was totally no bueno, as I predicted yesterday. I really really really miss my old assistants. It was a trying time today, to say the least.

But one small hurdle has been overcome now. And, better yet, I convinced opposing counsel to give me an extension on a response that was originally due tomorrow, so the end of my work day was quite sweet.

I shall dwell on this no more. Moving on!

I sped downtown with a big grin on my face and sang at the top of my lungs like I always do in the car. I'm totally obsessed with Vampire Weekend. So happy! So crazy! So fun!

I've been listening to their eponymous album non-stop. You can't help but smile when a band sings about Oxford commas and rhymes Louis Vuitton with reggaeton and Benetton. Most of the lyrics are entirely nonsensical, but the music is so incredibly delightful.

[Special shout-out to Kate and Jon for confirming it was worth a listen. Also a nod to Julie Q, who is a fellow fan.]

The last albums I played on such heavy rotation were Peter Bjorn and John's Writer's Block and The Fratellis' Costello Music. Vampire Weekend has been worth many many many listens! Go get it! (And these other two albums, too!)

So many exclamation points! Woo!

If you haven't already guessed, I am pretty much back to my usual cheery self. The biggest contributing factor was seeing my old co-workers tonight. My old firm had a rooftop networking event to which I was invited. In-house counsel, baby!

I stopped by my good ol' fourteenth floor to shoot the shit with my homies BPLJ and Pescado. These boys crack me up. I miss them dearly. Knowing them as well as I do, I knew they wouldn't be venturing to the roof festivities, so I made sure to see them before they went home to their children. I spent about an hour with them, laughing like old times, before I headed up to the networking event.

The event was nice and all, but the real fun came afterward. 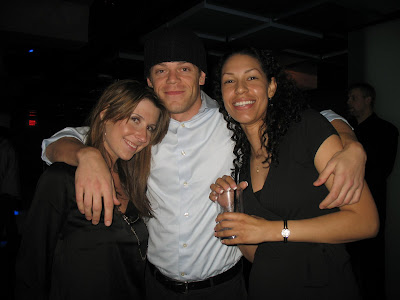 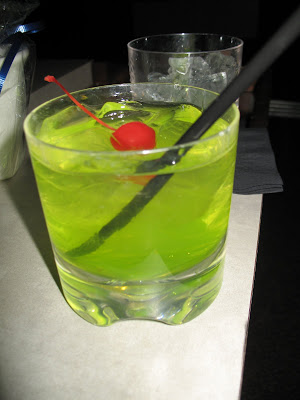 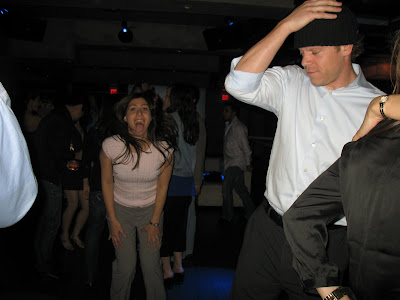 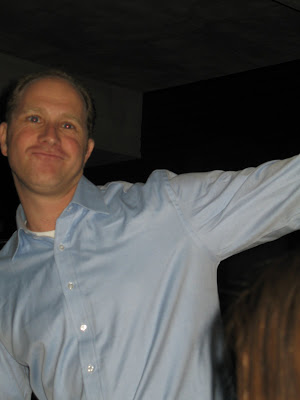 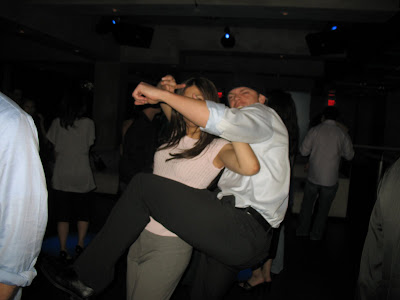 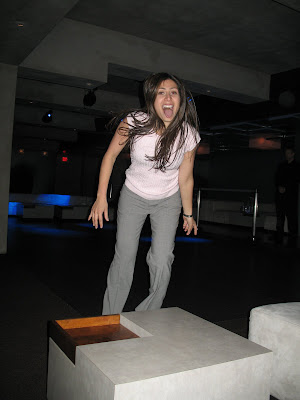 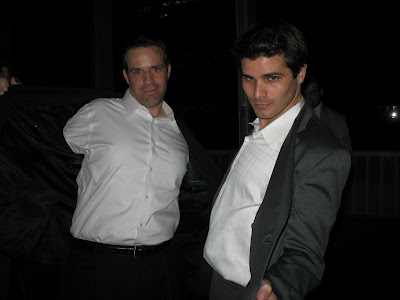 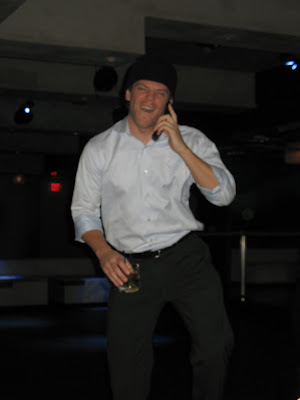 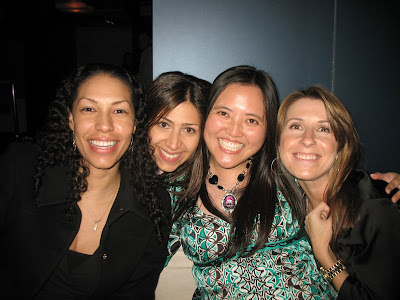 I would usually narrate a bit more, but it's late, so just imagine that I made all sorts of hilarious captions for the ridiculousness above.

I'm happy to be going to bed happy tonight.
Bananas Unpeeled by weezermonkey at 2:16 AM