From Little Tokyo to La Taquiza

I would really like to encourage Mr. Monkey's family to branch out instead of going to the same restaurants over and over. Now that I've gotten that off my chest, here's a summary of our time at the same old place in Little Tokyo. 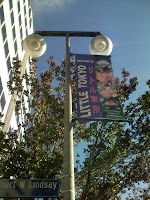 Curry House was Curry House. Not much to say about it. I had my usual iced cafe au lait sweetened with liquid fructose. 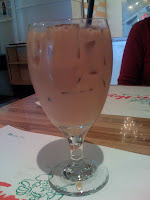 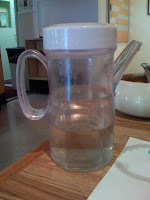 I tried a seasonal special today -- crisp pork on top of om-rice with pumpkin and eggplant swimming in a sea of curry. Pretty good, especially the crisp pork. I recommend you get it if you go to Curry House any time soon. You can see I ate a good portion of it. 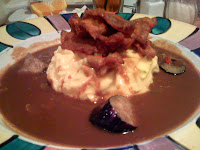 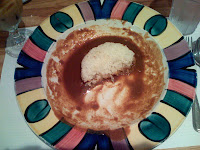 Little Monkey Niece was very well-behaved today. If I didn't know her, I would probably mock her hairstyle because I'm evil, but I am sort of happy about it because her mother has finally decided to let her hair grow longer. Thus, I rejoice for the straight-on-top-of-her-head 'do. 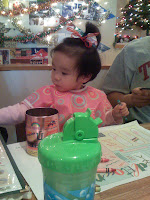 Supermarket sweep with LMN at Marukai. 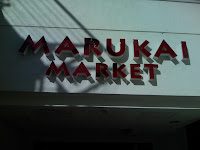 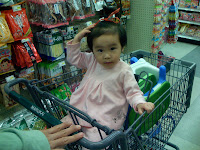 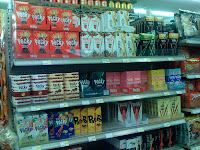 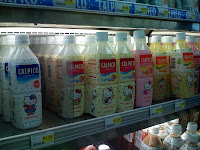 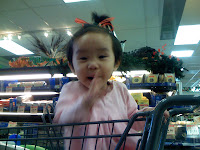 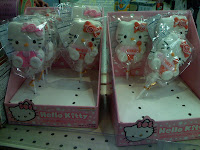 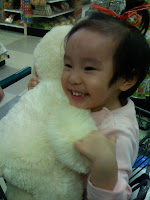 After Curry House, we stopped by ce fiore for yogurt, which had a crazy pink Christmas tree on display. Mr. Monkey likes choosing ce fiore over pinkberry across the street because he likes getting tart fruit flavors other than original. Today, he had a "single" of the acai flavor. I had a "junior" original. We both just got mochi as a topping. 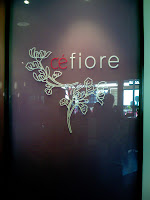 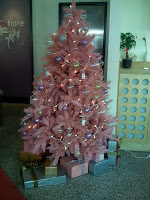 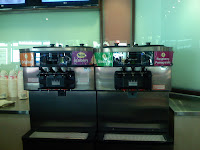 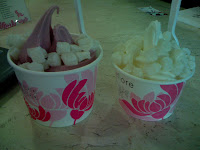 After a lazy afternoon, we decided to try La Taquiza (3026 S. Figueroa Street). We've always been fans of Chano's (the stand across the street), so, even after having lived here over six years, we'd never been to La Taquiza.

The restaurant is not much to look at, and the health rating is a "B," so be forewarned that it's not bright and shiny and commercial. 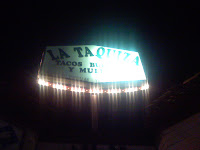 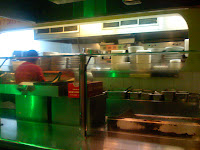 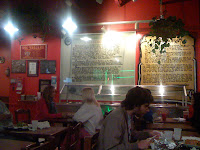 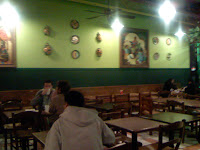 La Taquiza bills itself as "La Casa de Mulitas." A mulita consists of two tortillas with your choice of meat, melted cheese, and guacamole. We got a shrimp and a fish. Pretty good. 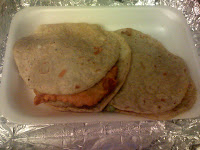 We also got some shrimp and fish tacos. (We didn't feel like eating meat tonight.) 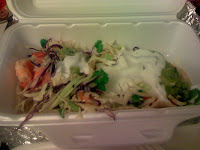 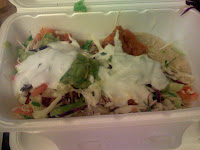 The tacos were fine, but mulitas are totally the way to go. Quite yummy. We'll be back for those, but I'm still a bigger Chano's fan. Honestly, I felt a little happy that we'd been going to Chano's all these years instead of La Taquiza.
Bananas Unpeeled by weezermonkey at 9:42 PM