Not All Paul Frank Is Created Equal

This is especially true since Paul Sunich's departure from the company. Yes, Paul Frank himself has not been with Paul Frank for quite some time now, and it is a dirty dirty story that makes me sad and will take me too long to summarize. I fully intend to support Sunich's new endeavor, Treestitch Design, when it gets off the ground. You should, too!

Notwithstanding the sad rift, I still can't help buying some Paul Frank goods. Old habits die hard, y'know. As I do every year, I'm definitely going to this.

I won a bike several years ago for winning a Paul Frank trivia game. To say the least, it was like taking candy from a baby. Because I couldn't win more than one prize, I gave the little girl behind me in line all the answers to the next game, and she won a surfboard. Oh, the useless information my brain contains....

While I don't usually find that much for myself, I do find lots of things for Mr. Monkey, Little Monkey Niece, and friends.

But let me elaborate on the title of this post -- not all Paul Frank is created equal. I have never uttered truer words. Just because something is made by Paul Frank doesn't mean I'll instantly swoon over it.

The rest of this entry is dedicated to two categories:
(1) New Paul Frank Things I Would Like to Receive, and
(2) I Hate You, PF Industries, For Creating This Shit.

NEW PAUL FRANK THINGS I WOULD LIKE TO RECEIVE
Puppet fleece hoodie with my two fave characters, Julius and Clancy. 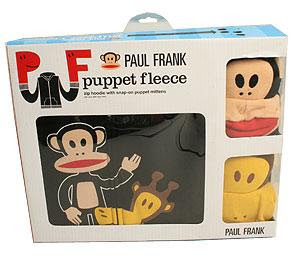 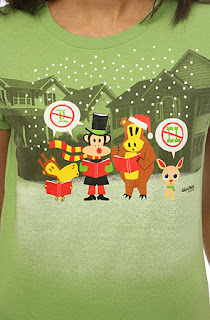 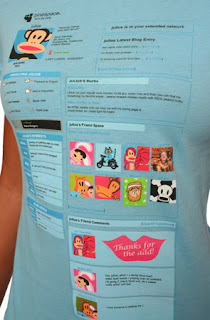 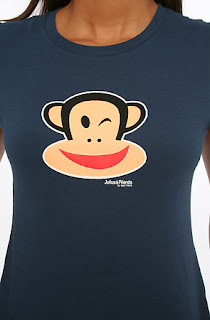 Julius sleeps...the way I wish I could. 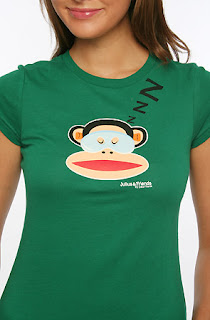 I HATE YOU, PF INDUSTRIES, FOR CREATING THIS SHIT
Slanty Japanese eyes. What the fuck?! 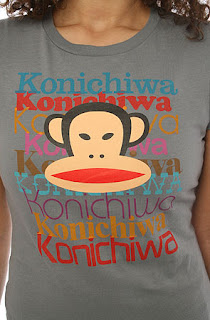 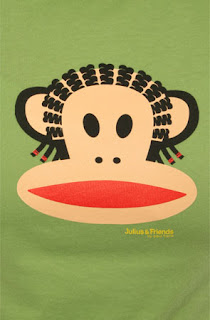 Santa sock monkey. So stupid. So not cute. 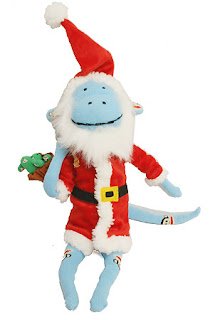 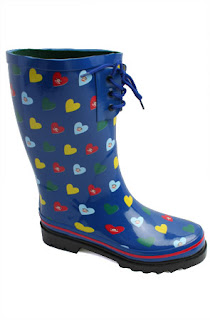 And the worst of all -- hoodie with ears. It has goddamn ears! 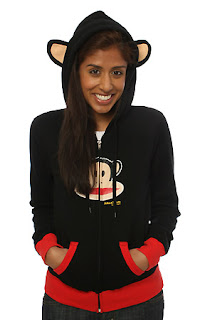 If you give me this monstrosity, I will kill you.
Bananas Unpeeled by weezermonkey at 10:29 PM