Papa Monkey called me this morning to make sure I hadn't bought a new camera yet because he bought me this. 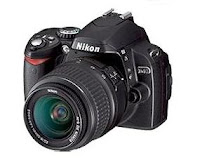 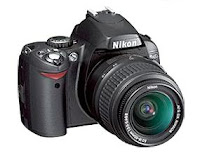 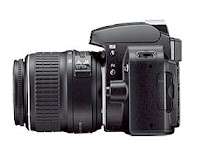 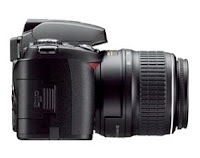 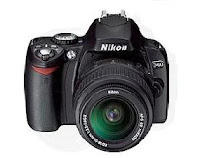 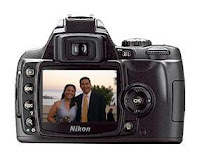 Exciting! My dad almost got exactly what I wanted. I'd planned to buy this, which is basically the same camera, except with more megapixels, but I was all smiles when he told me.

I think Papa Monkey wanted to give me a nice gift since he's taking Brother Monkey and Torry to Costa Rica in two weeks, and they won't be here for Christmas (not to mention, I won't be on that fabulous trip, on account of my new job and the Monkeys' own upcoming South American adventure).

A lovely surprise! I don't really need that many megapixels anyway, and now I can spend my money on cool lenses and accessories...or put them them on my wish list for Mama Monkey, who has been pestering me for gift ideas.

The backstory to the gift is sort of funny, and I can't blog about this camera without giving you some history. Papa Monkey is notorious for sort of flubbing on presents. I guess "flubbing" is a bit strong because Papa Monkey's heart is always in the right place. It's the follow-through that needs a little work, though. Hee.

What does this mean?

Rather than opening his eyes and being aware of his actual ever-changing surroundings, Papa Monkey adheres almost strictly to what he reads in Consumer Reports and other magazines, even when that information is stale and/or not applicable to the situation at hand.

Years ago, Papa Monkey bought The Wallflowers' Bringing Down the Horse for my brother based solely on a glowing review in Time or some similar magazine. Not even Rolling Stone or Spin! Well, he's a dad, so we can't expect him to read those mags.

Even so, as a dad, he should've known -- as both my mom and I were well aware -- Brother Monkey was way into ska and punk at that time. A far cry from Jakob Dylan, to say the least. We all laughed about it much later, but I think Papa Monkey felt terrible that he wasn't home enough to know about his own son's musical tastes.

With my gift today, I know that Papa Monkey must've read his trusty Consumer Reports and saw that the camera he bought was a "best buy" without probing any further to see that there was a slightly newer version available. Brother Monkey has always been very gracious and sweet about not pointing out these things to Papa Monkey (although we talk with each other about stuff like this), so I am going to do the same.

I love Papa Monkey and my awesome new camera! What a great new toy! Yay!
Bananas Unpeeled by weezermonkey at 2:36 PM