Lilcee called me a little before 11:30 a.m. to inform me that she was already in line for the Paul Frank Warehouse Sale. She'd been in line since 8:45 a.m. I responded, "What?!" The lines are always longest in the morning, especially on the first day of the sale. The wait is something I wouldn't wish on anybody.

Estimating she was still another hour away from getting in, my early bird friend kindly suggested that the Monkeys leave home to join her in line. (It sounds so much better than "cut," doesn't it?) I declined, but I suggested that she call Wan, who also planned to go to the sale today, with the little Wannabean, no less.

Not since 2002 have the Monkeys gone to the sale in the morning. Usually, we're lucky enough to get a speed pass, but, even during those times without a pass, we've discovered that the afternoons move much more quickly. Today was no picnic, though, even in the afternoon. I suspect this was because it was the first day of the sale. Some scenes from the parking lot.... 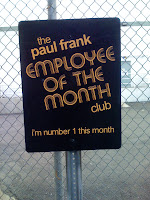 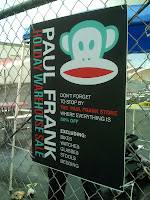 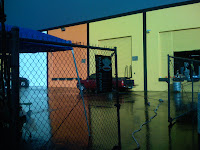 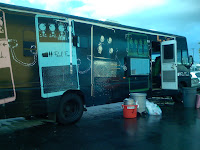 We arrived around 2:50 p.m. and didn't get into the warehouse until about 3:45 p.m. Nevertheless, still better than the three to four-hour morning wait, no? On our way in, we saw Lilcee and Wan coming out! That's a long shopping day!

The good thing about the sale is that the stock is constantly replenished. Few things actually run out, which is why I have no qualms about going on the second or third day. This year, however, we had to go on day one because we needed to get gifts for Little Monkey Niece, whose birthday precedes next weekend's continuation of the sale. Damn you, LMN.

You can see from my bill that we bought a lot of Small Paul today (note all the 2T and 3T purchases). LMN sure is a lucky tiny terror. 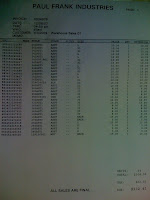 You can also see that I scored quite a lot of loot for myself. In contrast to years past, I found a ton of stuff for yours truly today. I got quite the array of L and XL t-shirts. (I can wear both. I machine wash and dry XL shirts without worry, but I flat-dry my L shirts to ensure they don't shrink.)

And, like a crazy person, I snapped these while waiting in line to check out. What? It's not like I had anything else to do while standing in line. Clearly, we got the free gift (Skurvy pajama pants) for spending at least $100. 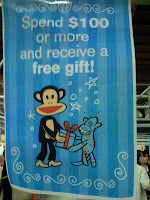 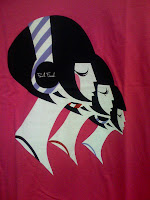 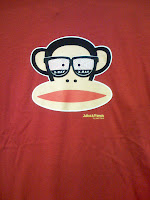 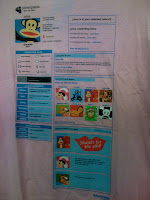 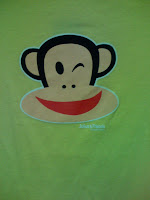 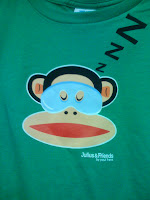 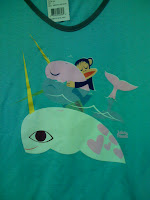 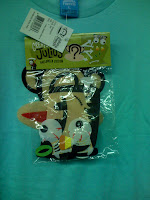 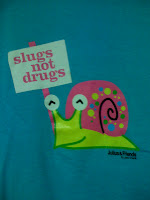 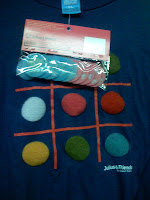 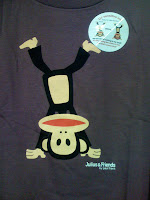 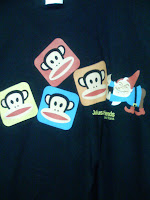 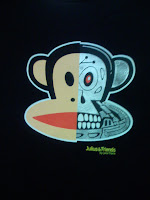 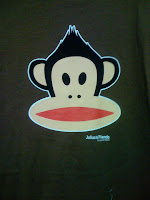 Sadly for Mr. Monkey, the menswear section was rather pathetic today. He bought only one t-shirt and a weird albino Julius zip hoodie. It's kind of ugly and scary, but how can you pass up a zip hoodie for $12.00 when it usually costs $50.00 or $60.00?! 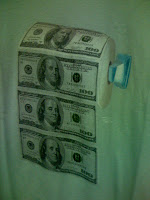 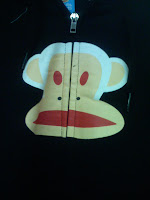 Beyond clothing, I also bought a number of flip-flops, a blue sweater, a guitar-emblazoned bag, and a few holiday knick-knacks. I couldn't hang these on a pole while I was in line (which is how I positioned my shirts for their head shots), so I didn't take pics of these items.

We left the warehouse at about 5:00 p.m., drove home, changed our clothes, and headed to Rancho Palos Verdes for a holiday party thrown by Mr. Monkey's co-worker. Wow! The house was huge and beautifully decorated outside and inside -- two Christmas trees! 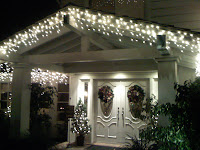 There was really yummy catered food, including a carving station, salmon, baked potato bar, freshly tossed Caesar salad, oil-drizzled asparagus, and grilled flatbread. Seeing as how this was a party with a bunch of people I didn't know, I refrained from sticking my iPhone everywhere, but I couldn't resist taking a few secret shots when no one was looking. 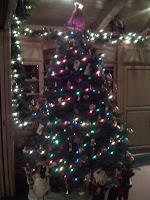 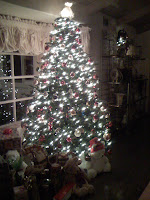 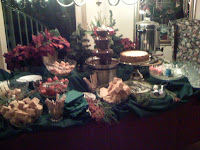 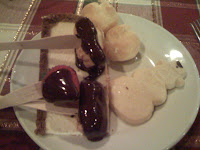 A very tasty end to a fine day!

P.S. Sicko was typical Michael Moore fare. If you liked Bowling for Columbine and Fahrenheit 9/11, you'll like Sicko. It was extremely and unapologetically slanted, but I enjoyed it because it was slanted the way I slant. The documentary is well edited and rather funny, so I think you could conceivably be amused by it even if you don't agree with Moore. The Monkey recommends Sicko!

P.P.S. I am now watching Arctic Tale, which is like a low-budget version of March of the Penguins, but with polar bears and walruses and Queen Latifah narrating instead of Morgan Freeman. So far, it's not nearly as captivating as Penguins, but the polar bears sure are cute. The ursine protagonist is named Nanu, and all I can think of is stupid Mork & Mindy. Damn, I'm old.
Bananas Unpeeled by weezermonkey at 1:11 AM