A Woman's Right to Shoes

Brother Monkey, Torry, and I picked up Grandma Monkey and met Mama Monkey in the women's shoe department of Saks Fifth Avenue at 11:00 a.m., where The Attack of the Shopping Monkey commenced. Between Saks and a host of other stores, I got two Jimmy Choos, two Salvatore Ferragamos, and a Manolo Blahnik, Stuart Weitzman, Kate Spade, and BCBG Max Azria. 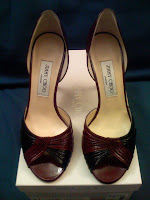 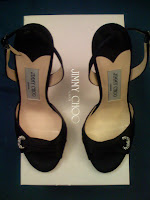 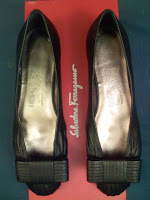 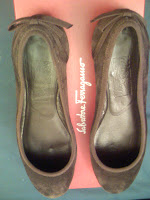 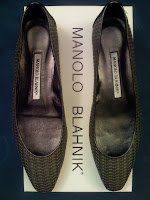 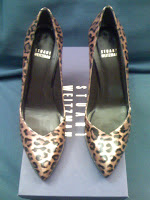 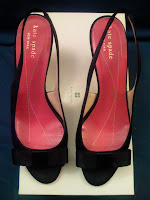 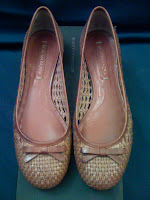 Grandma Monkey also bought Torry a pair of Miu Miu shoes. I was so excited about that! They are cute black ballet-ish suede flats with bows on the toes. I tried my best to encourage Torry to accept more gifts, but, unlike me, she is very polite. In contrast, I have no shame.

I'm really excited about all of my new shoes. I haven't gotten new shoes in quite awhile, and, now that I no longer walk to and from work, my shoes won't get worn out nearly as quickly. When I walk, I walk hard. But now I can wear stilettos without worrying about trekking several blocks every day.

Post-shoes, we had lunch at Quattro Cafe. Dishes ordered included the Di Mais (mixed baby greens, corn, strawberries, feta cheese tossed in balsamic) ($14), Bistecca (panini with filet mignon, brie, spinach, and caramelized onions) ($17), and lobster ravioli ($22). Two other sandwiches and spaghetti were eaten, too, but they were too far away to photograph. Everything was surprisingly good for mall food, although not earth-shattering. I treated. It was like I bought half a shoe. 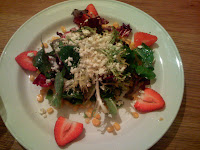 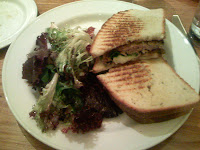 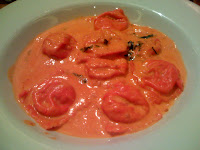 Since I got so many designer shoes, I decided to get some less expensive clothes at Banana Republic, where I also picked up several cotton/cashmere sweaters for Mr. Monkey and where Brother Monkey collected a number of sweaters and shirts. Here are a few dressing room shots of some new simple work clothes. 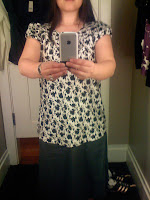 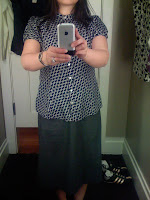 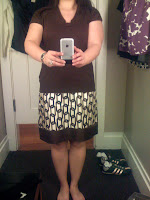 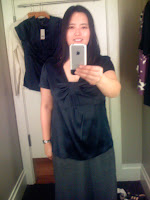 Hello, Louis Vuitton Monogram Vernis Rosewood Bag! Grandma got a Monogram Vernis Houston Bag in pomme d'amour (i.e., red). I almost got the Epi Leather Ségur MM in rouge, but I decided the bag I ultimately chose was more fun. It's shiny, young, and whimsical, just like moi! 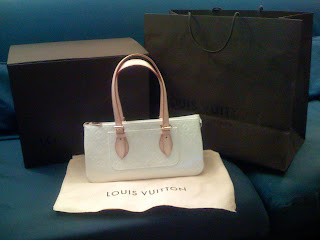 Grandma also bought me the most expensive item of the day: a Gucci watch! Oh, how I love it so! Now I have a pretty watch I can wear almost any occasion. 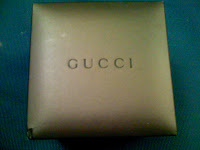 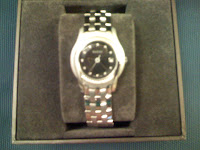 While Brother Monkey looked for shoes, I found some Timberland hiking boots that will come in handy for our trip in two weeks. 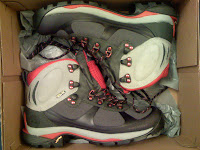 When I watch TLC's What Not to Wear, I marvel at the people who find it difficult to spend their allotted $5,000 in two days. This is something I cannot fathom. If spending other people's money were a sport, I'd be a total Olympian. Wouldn't you?

And then it was time to eat again. We tried Hamamori at the mall. Wow! What a nice surprise! 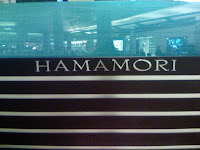 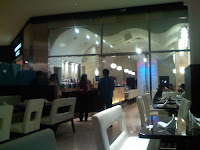 You know the classification "New American"? Hamamori is like "New Japanese." The design is modern and sleek, and the food innovative and fresh. Dishes are meant to be eaten family-style and in the approximate order presented on the menu. 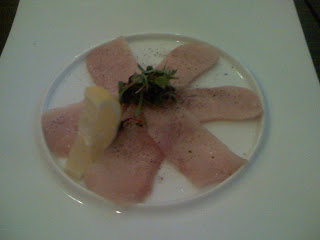 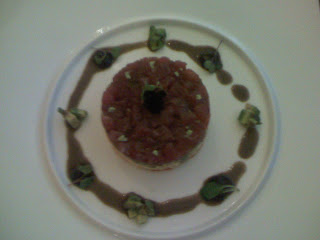 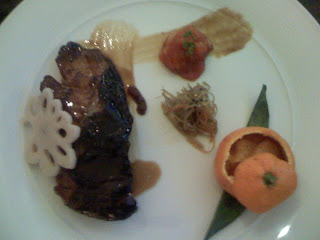 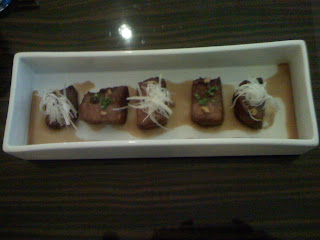 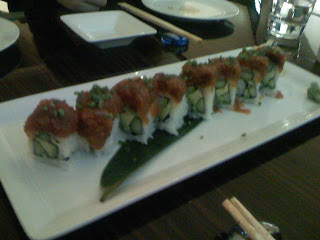 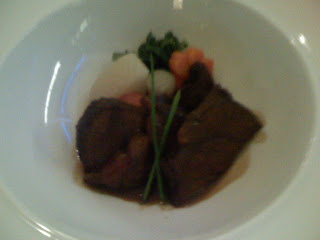 We were all very pleased with our meal. There wasn't a single thing I didn't savor. Initially, we joked a little about the small portions, but, at the end, we were satisfied and content, but not overindulged.

I'd already done enough of that all day long.

Bananas Unpeeled by weezermonkey at 1:18 AM